Over the past two years listeners to BBC Radio 4 religious programming have heard a couple of inaccurate and misleading reports on the topic of property transactions carried out by the Greek Orthodox Church in Jerusalem.

Listeners to the August 22nd edition of BBC Radio 4’s ‘Today’ programme heard another item in that genre which was introduced by presenter Justin Webb (from 43:46 here) as follows:

Webb: “Church leaders and Palestinians in Jerusalem are calling for international pressure on Israel to stop Jewish settlers taking over two historic properties at the main entrance to the Old City’s Christian Quarter. The Greek Orthodox Church has filed a new lawsuit to try to overturn a Supreme Court ruling on the sale of the hotels, saying it was clear proof of corruption. The development’s taking place amid a recent increase in settlement building in occupied East Jerusalem and the West Bank as Yolande Knell reports.”

Webb provided no evidence to support that misleading claim of “a recent increase in settlement building”. Even if his intention was to comment on construction within existing communities rather than to assert that an increased number ‘settlements’ had been recently built, the basis for that claim is unclear because the available statistics run only until the end of March 2019 and they show a decrease in construction completes in Judea & Samaria.

Both Justin Webb and subsequently Yolande Knell told BBC audiences that the story is about “the sale” of properties owned by the Greek Orthodox Church. That is not the case: the story is actually about 99-year leases for three properties (rather than two as claimed by Webb).

Knell: “There’s a rush of tourists entering Jerusalem’s walled Old City through Jaffa Gate. They’re here to visit the sacred sites of three faiths: Christianity, Judaism and Islam. Over the centuries this place has been the crucible of conflict. Today the struggle is between Israelis and Palestinians and I’m looking up at the impressive façade of a nineteenth century landmark which is now on the front line of that. Wow! So this is the Imperial Hotel.”

Knell then introduced her report’s main protagonist – again inaccurately claiming that “the building” has been “bought”.

Knell: “Abu Walid Dajani’s family has lived in Jerusalem for generations. His father started renting this hotel in 1948. But now Jewish settlers have bought the building and he could soon be thrown out.”

The transaction did not occur “now” as claimed by Knell but a decade and a half ago in 2004.

Dajani: “The only thing I wish that God would give me the help and for my children to continue the battle of my life. We’ve been here for the last 600 years and inshallah we will continue.”

Knell then once again inaccurately referred to “the sale of the property” and told audiences of “a corrupt official” despite the fact that in 2017 the Jerusalem District Court ruled that “the Greek Orthodox Patriarchate was unable to establish that the deals, made in 2004 […] were fraudulent or involved bribery” and in June 2019 the Supreme Court upheld that ruling.

Knell: “During a long court battle the landlords – the Greek Orthodox Church – argued the sale of the property for just over a million dollars was carried out by a corrupt official. But Israel’s Supreme Court found it was legal. Mr Dajani says the buyers were driven by ideology.”

Dajani: “Distorted history. Where this is the land that God give. Who gave you? God was never a real estate man. All right; you can buy but you can do a deal in an honest way.”

Knell next claimed that Jerusalem’s Old City is “East Jerusalem”.

Knell: “Outside the hotel local church leaders pray for peace. They’ve appealed to the Vatican, to Moscow and Washington to intervene to stop a Jewish take-over of Christian properties in the Old City. For Palestinians this is also about protecting their presence in East Jerusalem and the idea of creating the capital of their hoped-for future state here.”

Listeners then heard an unidentified man claim that:

Man: “Every small land here in Jerusalem for Palestinians is very important but here is very like main area for tourists to come in so they see the flag, they see like returns to Israeli but it’s not – it’s Palestinian.”

Failing to clarify to listeners that there has never been a Palestinian state – let alone one which had sovereignty over the Old City of Jerusalem – Knell went on:

Knell: “But come down to the Western Wall – this crowded spot which is the holiest place where Jews can pray – and Israelis have a very different perspective. They see a united Jerusalem as their eternal capital.”

Listeners then heard two vox pop interviews with people who barely speak English replying to Knell’s question “you wouldn’t give up part of Jerusalem for peace with the Palestinians?”.

The Old City is of course not just any old “part of Jerusalem” but Knell made no effort at all to inform listeners of the fact that it is a location where Jews lived for centuries until they were ethnically cleansed by Jordan for a period lasting nineteen years.

Moreover, Knell then went on to promote a politically motivated narrative long embraced by the BBC: the notion that any and all Jews living in the Old City are ‘settlers’ and their homes ‘illegal settlements’.

Knell: [shouting] “A Palestinian woman screams after she’s evicted from her Old City home earlier this year so Jewish students can move in. Settlements are seen as illegal by most countries but Israel disagrees and in East Jerusalem one group – Ateret Cohanim – is behind a lot of the house purchases. Its director Daniel Luria recently told me he hopes to see many more Jews living here.”

Knell: “Back at the Imperial Hotel an Israeli court worker serves Abu Walid Dajani with a new lawsuit, freezing his assets. The pressure on him from the settlers is mounting. At the heart of this deeply contested holy city, real estate has much more than just a financial value. It has an emotional and political one too.”

Not only did this report repeatedly promote inaccurate information concerning the properties which are ostensibly its subject matter but Yolande Knell has clearly exclusively embraced the Greek Orthodox Church’s narrative.

More gravely, Knell unquestioningly promoted the partisan political narrative she long since adopted with her framing of Old City houses inhabited by Jewish Israelis as ‘illegal settlements’, the inhabitants as ‘settlers’ and her uncritical amplification of the claim that the location is “Palestinian”.

Clearly this report does not meet the standards of either accuracy or impartiality laid down in the BBC’s editorial guidelines. 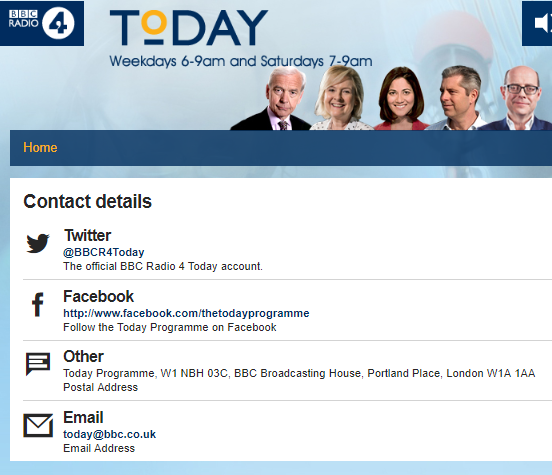