Regardless of the question over diplomatic recognition, Jerusalem has been Israel's official capital since 1949. It is the seat of government, and the city where the Knesset, Supreme Court, Prime Minster's office and most government ministries are located.

The Daily Mail’s coverage of Israel is, by and large, not compromised by the egregious bias found in UK media outlets such as the Guardian and Independent, and editors there are generally amenable to corrections when we point out errors. Nonetheless, their “correction” to a complaint we filed over a map they distributed (to close to a million news consumers) in their Sunday print edition, which falsely listed Tel Aviv as Israel’s capital, is disappointing.

Here’s the section of the map in question, which we originally posted about last week. 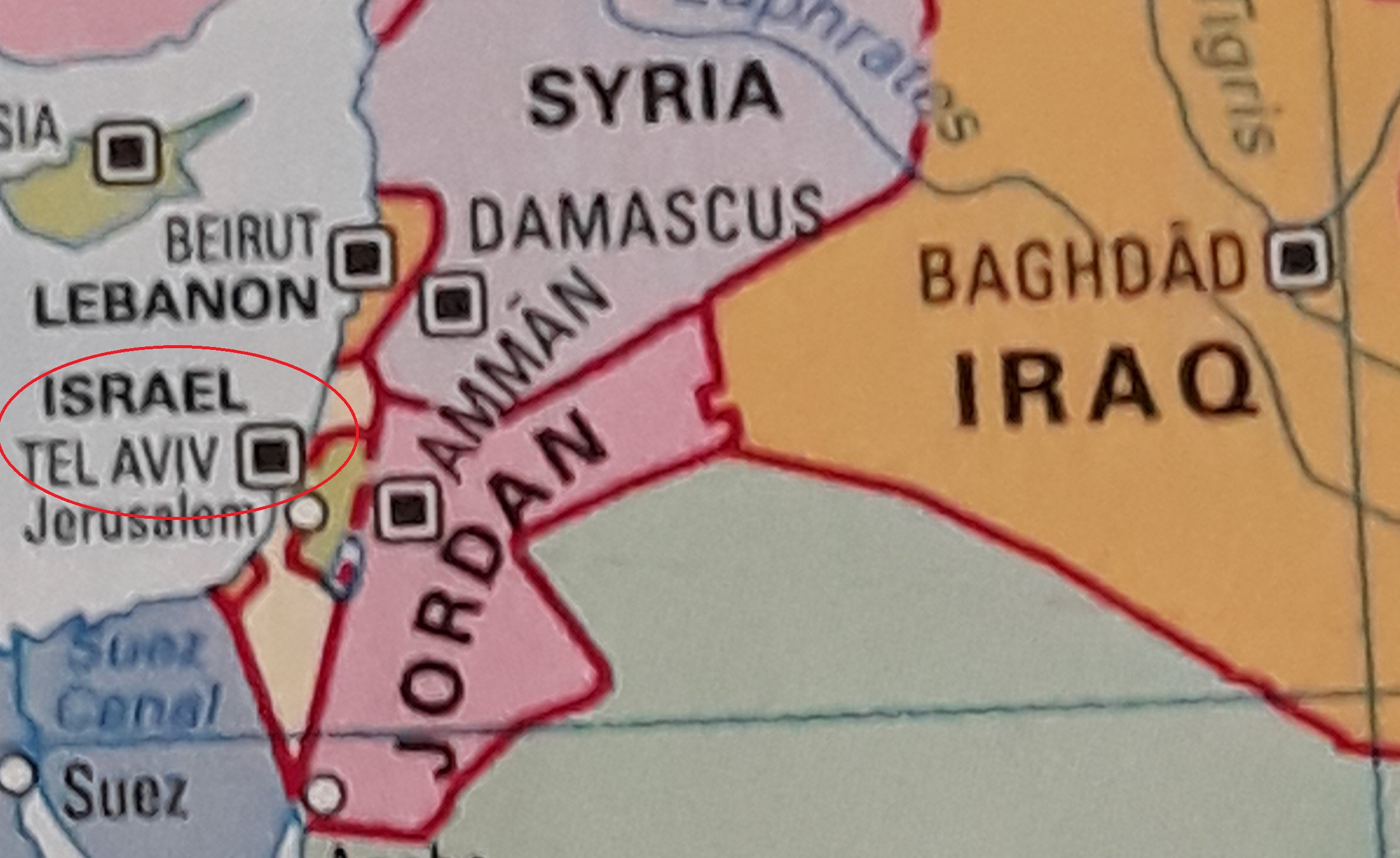 Now, here’s the ‘correction’ the Daily Mail published in today’s print edition in response to a complaint filed by UK Media Watch (and countless other followers of our blog):

First, it’s important to note that the UK government map cited by Britain’s national mapping agency, Ordnance Survey, which was sent to us by Daily Mail editors in response to our complaint, does NOT, as they claim, list Tel Aviv as Israel’s capital.

Here’s the map they cite:

As you can see, there’s no capital listed. (Capitals, per the legend, are marked with a black square.)

Moreover, Ordnance Mapping’s claim that they are just following the government’s position on Israel’s capital is not accurate. Though the UK government does not recognize Jerusalem as Israel’s capital (a reflection of diplomatic sensitivities regarding the future status of the holy city), it also is not Downing Street’s position that Tel Aviv holds this status – a fact that the quote from the Foreign Office in the Daily Mail correction makes clear.

However, the main point – one that we’ve made continuously at this blog when getting corrections from UK outlets suggesting that Tel Aviv was Israel’s capital – is that, regardless of the question over diplomatic recognition, Jerusalem has been Israel’s official capital since 1949. It is the seat of government, and the city where the Knesset, Supreme Court, Prime Minster’s office and most government ministries are located.

As the Press Complaints Commission (the regulatory body for British printed newspapers and magazines that preceded IPSO) ruled back in 2012 in response to a complaint made about the Guardian: ‘Stating that Tel Aviv is Israel’s capital represents a breach in the accuracy clause of the Editors’ Code of Practice’.

Whilst we’re reasonably confident that Daily Mail editors will remember this, the fact that the country’s official mapping agency got it wrong, and then mischaracterised the government’s position on the matter when facing criticism, is extremely troubling.