The effect of the BBC’s partial reporting of terror attacks against Israelis.

“Jeremy Bowen is the BBC’s Middle East editor. One of Britain’s best-known war correspondents, over the last 35 years he has brought the region’s most important stories to our screens – despite being shot, robbed at gunpoint, threatened, arrested and even thrown in jail. In this in-depth interview, Jeremy relives some of his most pivotal moments, from his first foreign assignment covering the invasion of Kuwait in 1990 to his recent battle with cancer; discusses the practical challenges of reporting impartially on issues like Israel, when both sides complain every report is biased and even the choice of individual words have to be taken carefully; and takes us behind the scenes of his interview with Syrian president Bashar al-Assad.”

Listeners to that podcast (transcript available here) may have been surprised by the extent to which Israel featured in the conversation in comparison to the rest of the region supposedly covered by Bowen. [emphasis added] 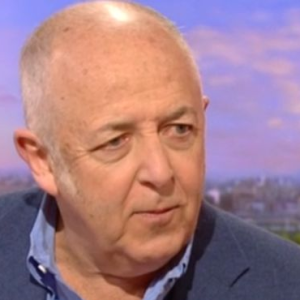 Q: “I mean, it fascinates me about the impartiality of the BBC, how they’d cover something as divisive as the Middle East and Israel. The old cliché, wasn’t it, is that if you got complaints from both sides then you were kind of right. But is it more complicated than that now?”

A: “It’s more complicated than that.”

A: “The language you use is really important. Language is powerful and it carries a lot of meaning. So you have to be careful just how you use it and the words that you use. At the BBC we have some words we like and we have some words we like a bit less. And there is no word that’s officially banned that I’m aware of. Of course, apart from rude words. […] But words which are sometimes controversial like terrorism, we can use them but they have to be qualified. That’s my understanding of the rules as they stand at the moment. So you have to explain. You can’t just say, “There’s a lot of terrorists.” You have to say because they’ve done this or the other, they’ve been accused of terrorism or something. Find the correct form of words. Words are powerful, words are important. So you’ve got to be careful how you use them.”

The interview includes some noteworthy comments from Bowen.

“I would say that the conflict, it looms with real weight and damage on the shoulders of many Palestinians, because they are weaker and don’t have the resources and many of them live under occupation. That’s the key thing, if you live under occupation, life becomes way, way more difficult.”

“…plenty of Palestinians feel very threatened by settlers, armed settlers, by soldiers, by raids in the middle of the night, by helicopters, you name it. And many Israelis have been hurt by and continue to be worried about attacks by Palestinians, though there haven’t been all that many in recent years.”

Obviously the BBC’s ongoing failure to adequately report the scale of terror attacks against Israelis serves its Middle East editor just as badly as it does the corporation’s audiences.