The result of the BBC's failure to fact-check is once again on display.

BBC coverage of the recent stabbing attack in Monsey included a report aired on the afternoon edition of the BBC World Service radio programme ‘Newshour’ on December 29th. Presenter James Menendez introduced the item (from 00:11 here) as follows: [emphasis added] 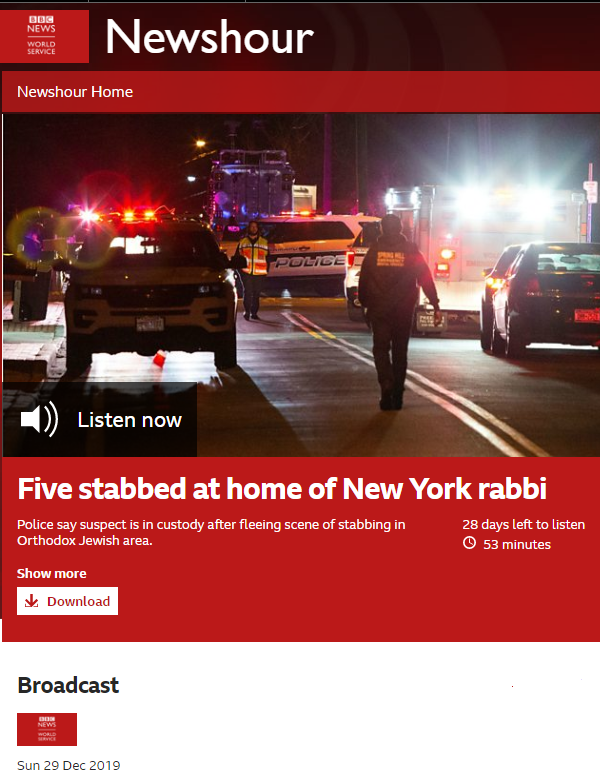 Menendez: “And we’re going to start straight away today in New York and the latest in a spate of antisemitic attacks in the area in the past few days. This one was particularly serious. A masked man armed with a large knife got into the home of an ultra-orthodox Rabbi in Rockland County north-west of the city where dozens of people were celebrating Hanukkah, the Jewish New Year. He stabbed five people before running away. He was later arrested.”

Hanukkah of course has nothing to do with the Jewish New Year – Rosh HaShana – which is celebrated at the beginning of the month of Tishrei, which usually falls in September.

Once again we see the results of the BBC’s failure to carry out even basic fact checking.

Written By
Hadar Sela
More from Hadar Sela
Why did the BBC - unlike other media organisations - avoid any...
Read More