BBC Watch submitted a complaint concerning those issues, the receipt of which was acknowledged on the same day.

The following day, however, we received this response from the BBC Complaints team:

“Many thanks for taking the time to contact us. The role of this department is to respond to comment, query or criticism concerning programmes on any of the BBC’s national, regional and local television or radio services.

We also deal with issues related to BBC’s policy. As your complaint is not in reference to BBC output we are unable to investigate this further for you. If you wish to contact us in the future then we would ask that you please refer to BBC programmes, broadcasts, policy or output in your complaint.” [emphasis added]

As noted above ‘Outside Source’ is aired on the BBC News Channel. That platform is described by the BBC itself as “Britain’s most-watched news channel, delivering breaking news and analysis all day, every day”.

The BBC’s complaints webform includes the option of submitting a complaint concerning the BBC News channel. A later drop-down menu also includes the programme ‘Outside Source’ itself. 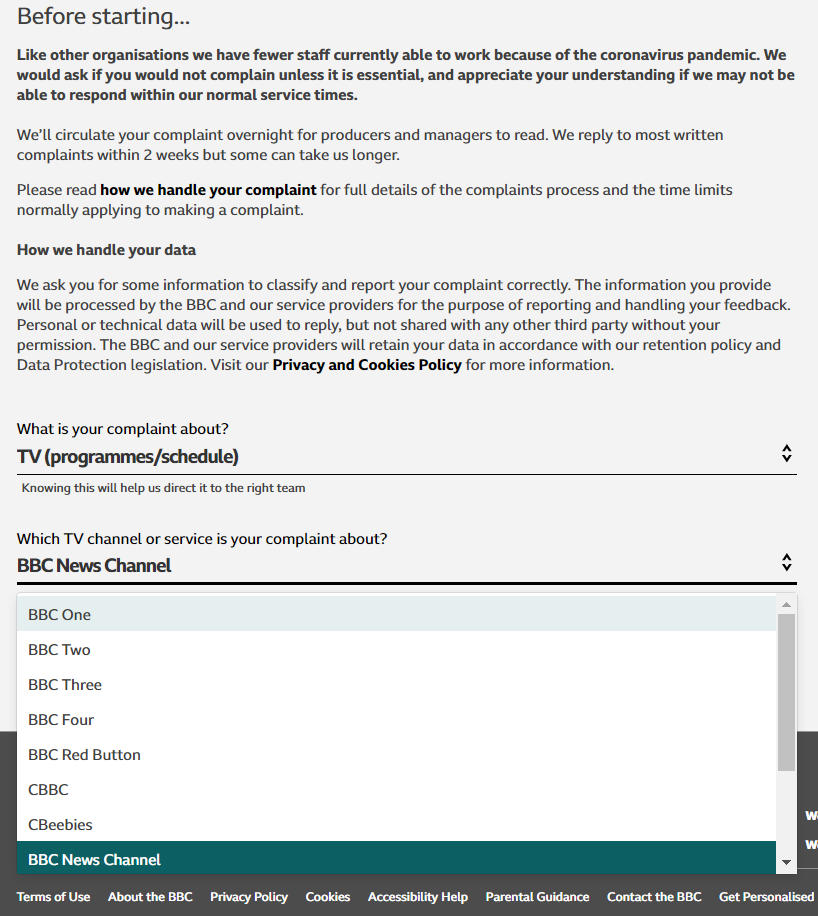 A video of the programme was uploaded to Youtube by BBC News. The programme’s presenter circulated that video on her Twitter account – where she describes herself as a BBC presenter. 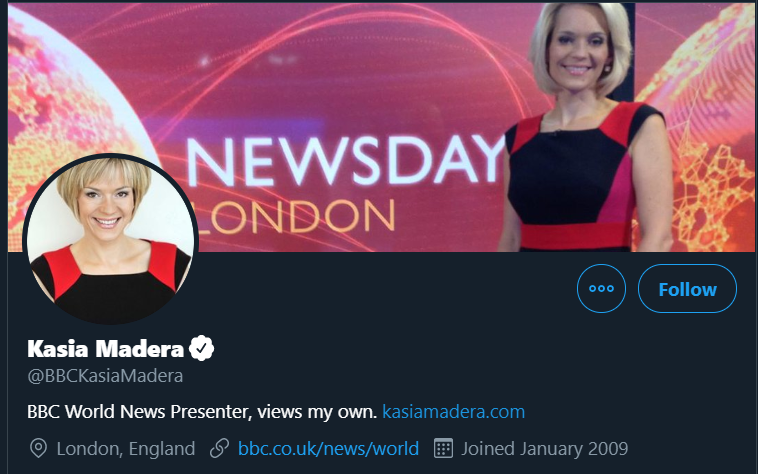 The programme appeared with the BBC logo on screen.

Nevertheless, the outsourced BBC Complaints system claimed that “As your complaint is not in reference to BBC output we are unable to investigate this further for you”.

While members of the general public may understandably have been put off by such a reply, BBC Watch of course submitted a second (Stage 1b) complaint which included the above information. We have now received the following:

One can of course but wonder about the overall efficiency of a publicly funded complaints system which sends replies “issued in error”.

How the BBC outsources its complaints system

An overview of BBC Watch prompted corrections in 2019