Today Israel celebrates the reunification of Jerusalem on the 28th of Iyyar 5727 (June 7th 1967), nineteen years after the Jordanian occupation and the expulsion of Jews from Atarot, Neve Ya’akov, the Old City and other Jerusalem neighbourhoods.

Before proceeding to the Western Wall later that day, Prime Minister Levi Eshkol invited the Chief Rabbis and spiritual leaders of other communities to his office and read the following declaration:

I have taken the liberty to call you to this meeting in order to enable you to share with me the news of the events taking place these last few days in Jerusalem, the Holy and Eternal City.

On the Monday of this week, after the Egyptian aggression against Israel began, I announced in a radio broadcast that Israel would take no military action against any State that did not attack it. Despite this statement, the Government of Jordan – under Egyptian command – declared war upon the State of Israel and its forces and embarked upon hostile action by land and in the air. Our forces were compelled to take the necessary military steps in order to put an end to this aggression and to protect human lives. By its actions, the Government of Jordan, with the agreement of Egypt and following upon pressure from Cairo, violated international law, the United Nations Charter, and the neighbourly relations between our two countries.

In its aggression Jordan made no distinction between civilians and soldiers.

Crime was piled upon crime by Jordan when it carried war into Jerusalem, thus desecrating the eternal peace of this city, which has always been a source of hallowed inspiration to mankind. As a result of Jordanian aggression, dozens of people were killed and many hundreds were wounded. Blood was shed in the streets of Jerusalem and hundreds, perhaps thousands, of dwellings were hit. There was shelling specifically directed at hospitals, synagogues, Yeshivoth, the President’s residence, the Hebrew University, the Israel Museum and Government buildings. Likewise a large number of schools in the city were hit. The shelling continued uninterruptedly from Monday until today, Wednesday. Out of consideration for the sanctity of the city, and in accordance with our policy of avoiding casualties among the civilian population, we have abstained from any answering action inside the city, despite the casualties incurred by our soldiers and citizens.

The criminal actions of Jordan’s Government shall stand before the court of international opinion and before the judgement of history.

Peace has now returned with our forces in control of all the city and its environs. You may rest assured that no harm whatsoever shall come to the places sacred to all religions. I have requested the Minister of Religious Affairs to get in touch with the religious leaders in the Old City in order to ensure regular contact between them and our forces, so as to make certain that the former may continue their spiritual activities unhindered.

Following upon my request, the Minister of Religious Affairs has issued the following instructions:

With the aid of the Rock and Salvation of Israel, from Jerusalem, a symbol of peace for countless generations, from this Holy City now returned to its peace, I would like to have you join me in this call for peace among all the people of this area and of the whole world.” 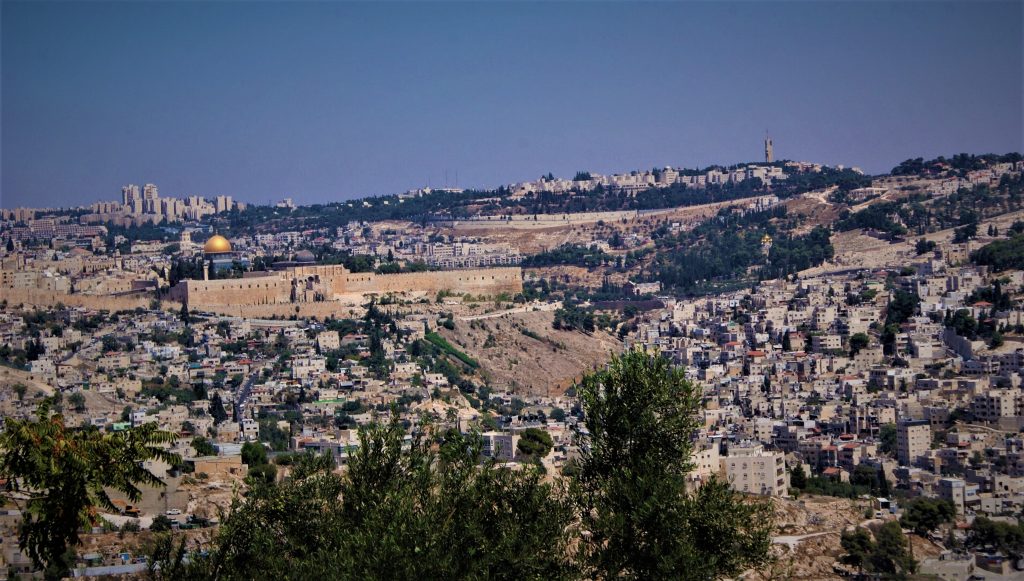 Like Loading...
Tags from the story
Jerusalem, Uncategorized, Yom Yerushalayim
Written By
Hadar Sela
More from Hadar Sela
The shooting of an Israeli civilian near the Gaza Strip-Israel border on...
Read More