In late March we noted that viewers of the BBC News channel had been wrongly informed that Israel’s prime minister had “shut down the courts”:

The BBC initially responded to our complaint concerning that inaccurate information by claiming that the programme was not BBC content. A second complaint was submitted but we have not heard from BBC Complaints on that topic since April 1st.

A similar inaccurate claim concerning “closure of the courts” appeared in an article published on the BBC News website on March 31st:

THE BBC, CORONAVIRUS AND POPULATION DENSITY

A complaint was also submitted concerning that article and on May 11th BBC Complaints informed us that they had “not been able to reply to your complaint within the time period we aim for”.

Meanwhile, the BBC has managed in the past week to produce several reports concerning cases heard in the very courts it claimed are ‘closed’: 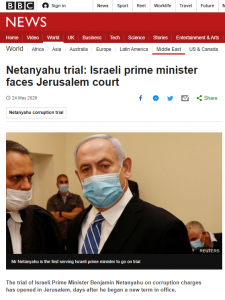 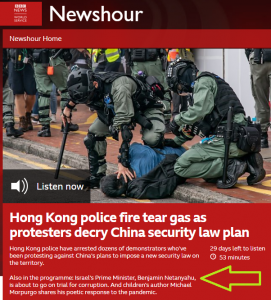 In other words, while both those inaccurate claims of ‘closed courts’ which were the subject of our unanswered complaints remain available online, the BBC sent its Jerusalem bureau correspondent to report from the Jerusalem District Court.