The following photo of Rosie Grace and Jim Curran having a conversation about racism at a recent Black Lives Matter protest in London has gone viral, and has been lauded as a symbol of hope for a more tolerant future. 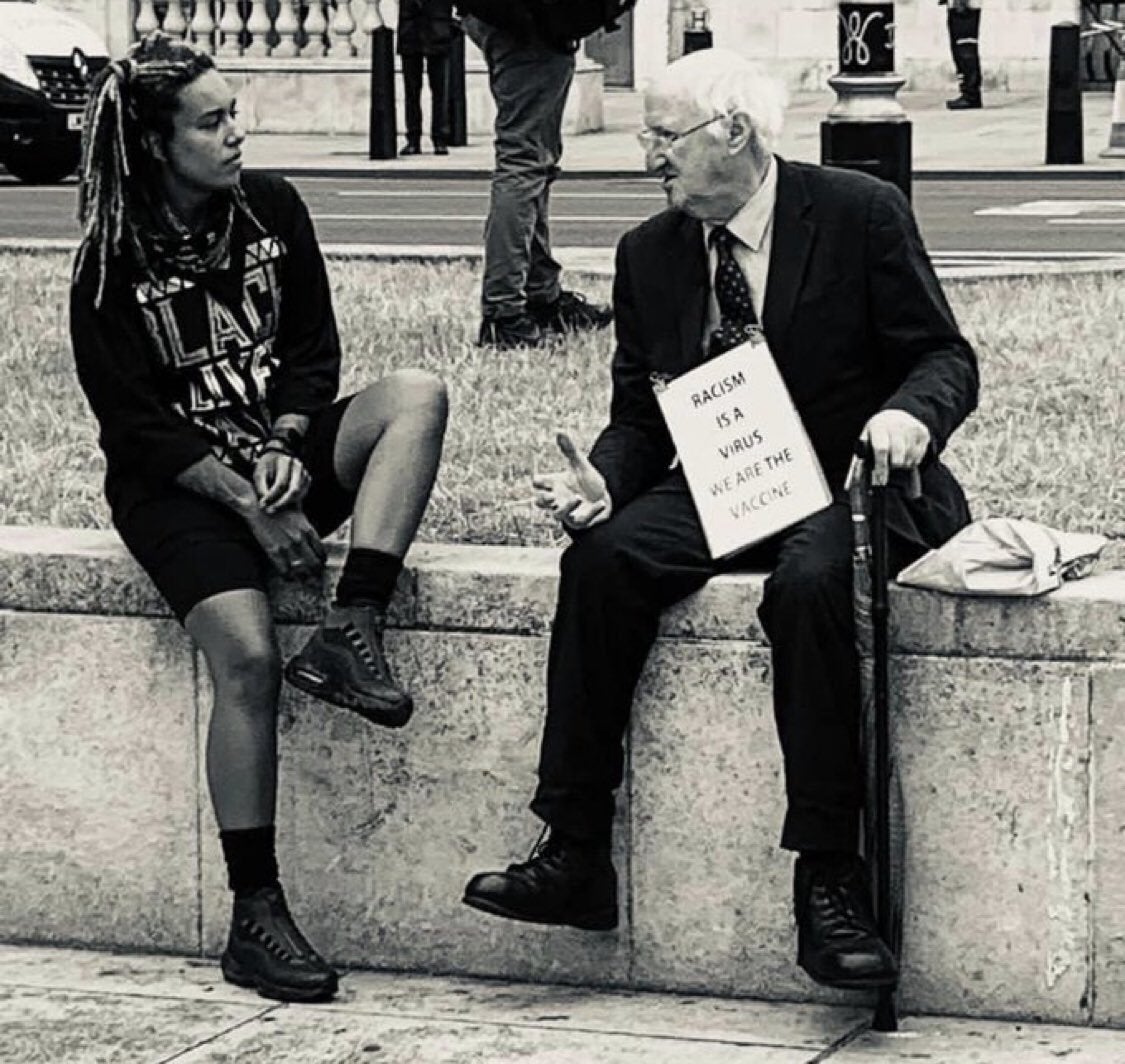 Reports about the two at ITV News and the Daily Mail framed the photo of the conversation as encapsulating the cross-section of people coming together for a common cause and united front against racism. 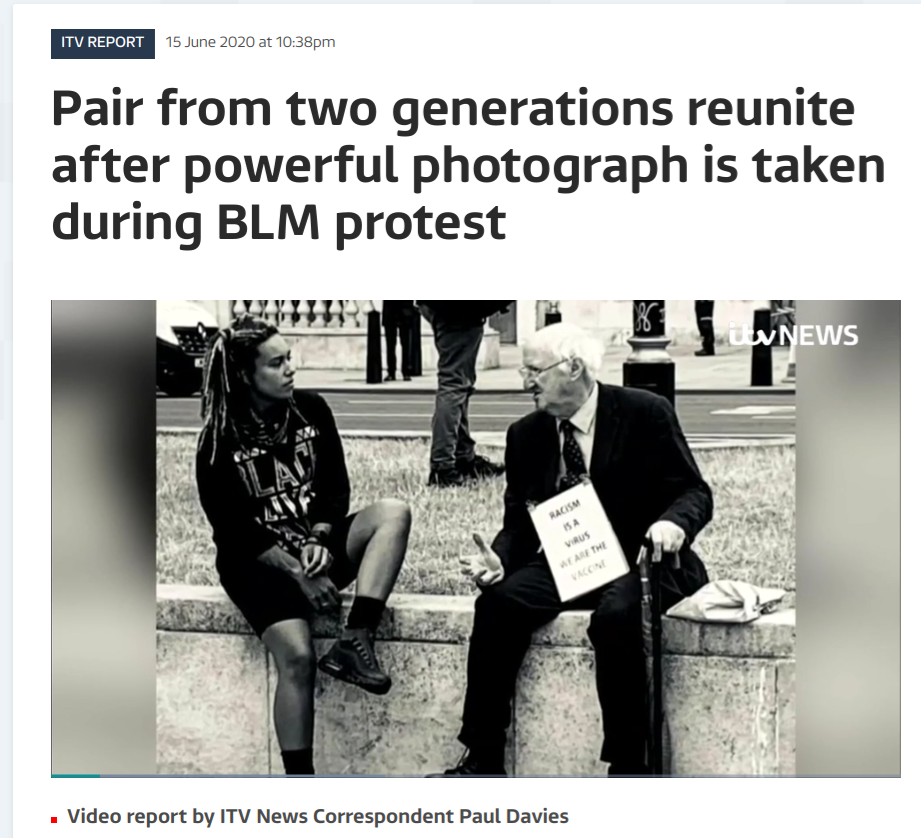 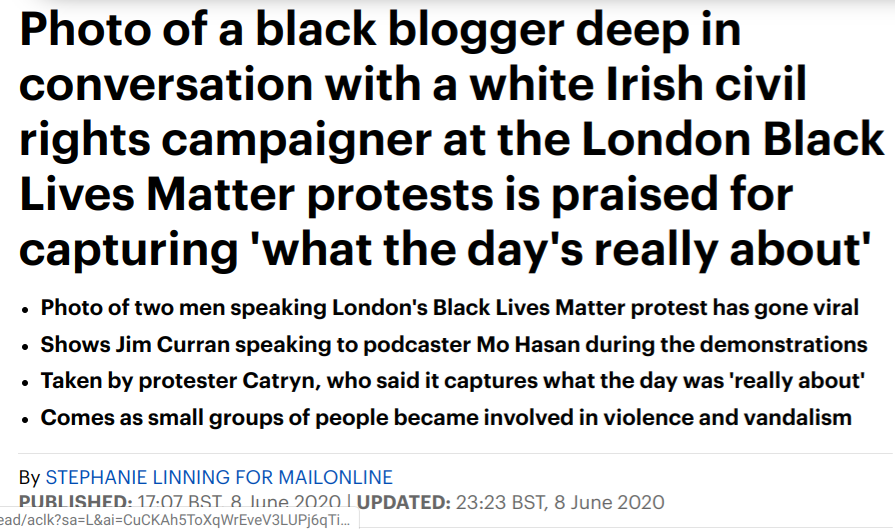 However, it turns out that Curran, seen in the photo wearing a sign which reads “Racism is the virus and we are the vaccine”, isn’t quite the anti-racist, “civil rights” campaigner he’s portrayed.

An in-depth report by CST and Hope Not Hate published earlier in the year revealed that Curran regularly attends meetings of an antisemitic conspiracy group which meets in London called ‘Keep Talking’.

The undercover footage they captured (some of which you can see here) “revealed open and unchallenged Holocaust denial and antisemitic conspiracy theories about Mossad and the Rothschild banking family”.  Keep Talking is organised by Nicholas Kollerstrom, a Holocaust denier who’s argued that “the gas chambers were only used for disinfectant purposes” and that there is no “corroborating evidence” to prove that the  Holocaust ever happened.

Additionally, when Rosie Grace was challenged on Twitter by Joanne Bell (who appears to be the first one on Twitter to reveal Curran’s antisemitic associations to ITV News), her response included the charge that “The Jews are not innocent…”: 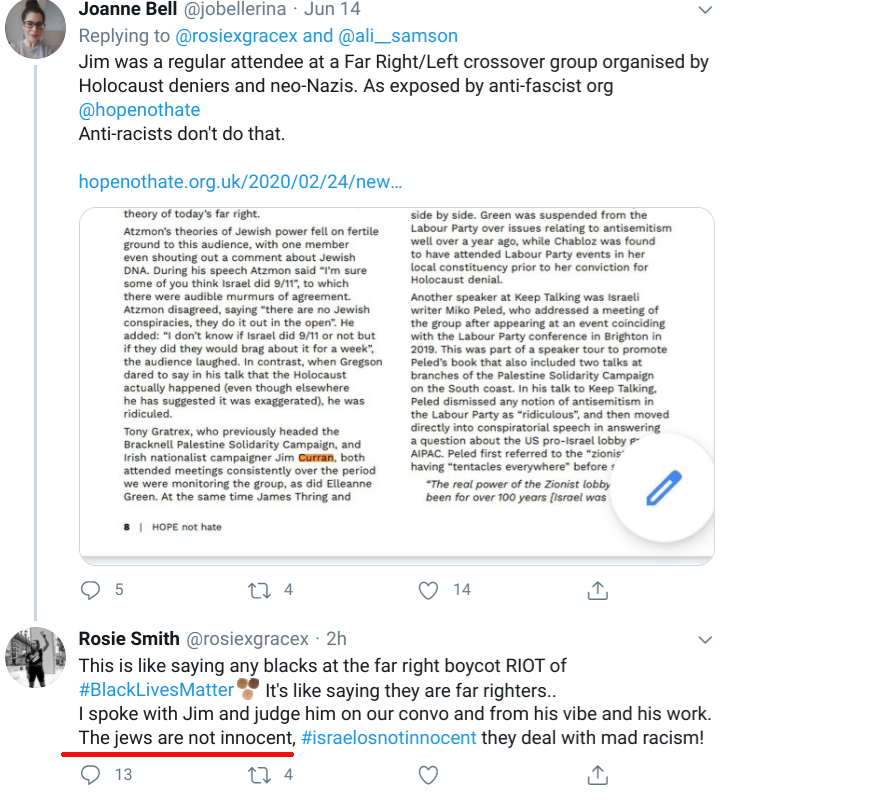 Shortly before we published this post, ITV News removed the article and video report from their website and social media platforms. 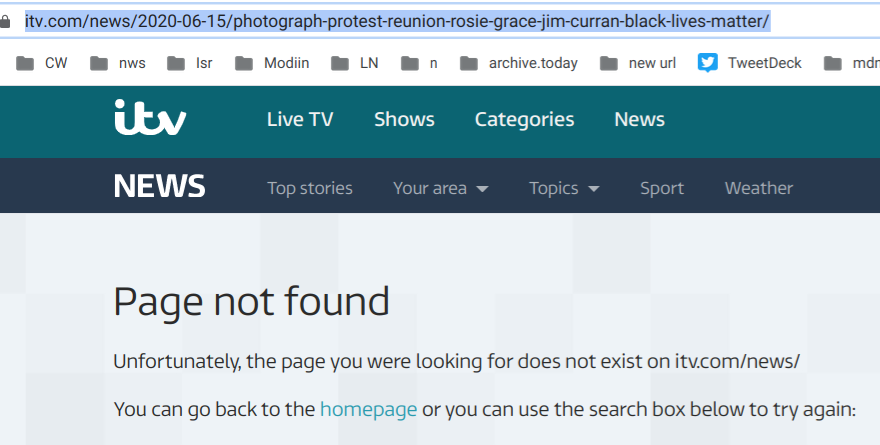 Though we tweeted acting editor of ITV News, Rachel Corp, earlier in the day to complain about the egregiously misleading report, it’s unclear who prompted their decision to remove the piece

However, the Daily Mail’s article is still up, and we’ve sent a complaint to editors and tweeted the journalist responsible for the report.