An Aug. 15 Irish Examiner editorial (Irish Examiner View: Palestinians’ absence means Israel and UAE deal is a farce) suggests that the UAE-Israeli peace deal was nothing more than a show orchestrated by Washington and Jerusalem to shore up Trump and Netanyahu’s political fortunes.

The editorial then added the following, to justify their cynicism:

If that analysis is dismissed as skepticism veering downward towards cynicism then a reminder that the opening of Israeli Prime Minister Benjamin Netanyahu’s corruption trial in May ended after just an hour when his defence team requested a lengthy delay. That was granted but no resumption date was set.

Regardless of whether editors are being cynical in their analysis of the motivations behind the UAE-Israel deal, the fact is that their claim concerning the prime minister’s corruption trial is completely untrue.

The May 24th hearing that they referred to lasted roughly one hour, as expected.  The judge denied the defence attorney’s request to postpone the trial.

The next hearing took place on July 19th.  During that hearing, Netanyahu’s lawyers again asked to postpone the start date of the evidentiary stage of the trial, scheduled for January 2021, but the judge again denied the request.

The trial is set to take place, as scheduled, in January 2021.

In fact, these details were reported by….the Irish Examiner. 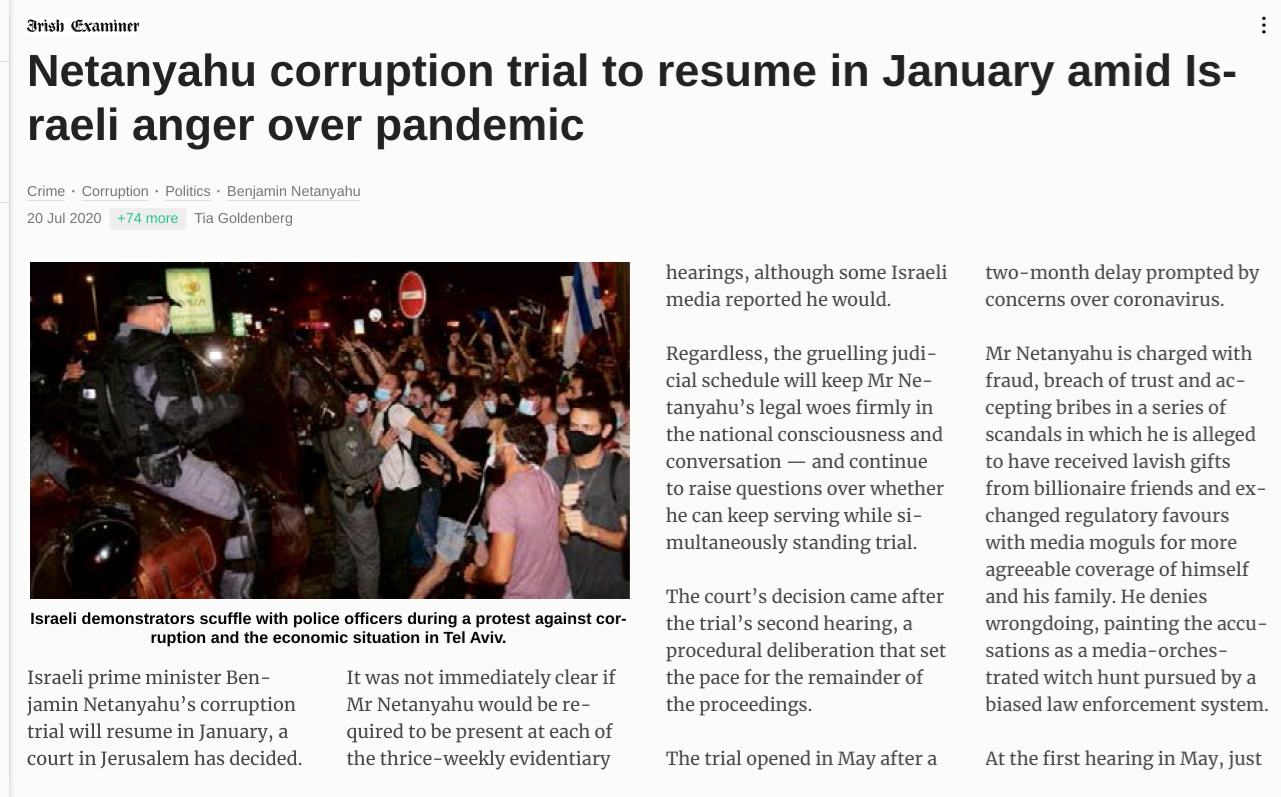 We’ve complained to editors, but haven’t yet received a reply.