Here are the relevant passages:

Ruth was brought up in a Conservative Jewish tradition and learned Hebrew as a child, but abandoned her religion because she was not allowed to join a minyan (a group of men) to mourn her mother’s death when she was 17.

[In 1993, President] Clinton was anxious to make the supreme court more diverse, so Ginsburg’s Jewish religion, which she had given up 46 years earlier, may have counted for more than a lifetime of commitment to women’s equality before the law.

However, the writer’s claim that Ginsburg had “abandoned” or “given up” her Judaism is completely without merit. It’s unclear how much Hodgson knows about Judaism, but it doesn’t take too much familiarity with the community to know that it’s very common for Jews to have strong and proud Jewish identity without being ritually observant.

For starters, when, in 1993, RBG was appointed the first Jewish woman on the US Supreme Court, she decided to be sworn in a Hebrew Bible.  She also was active,  throughout her career, in Jewish causes, had a mezuzah affixed to her office door, and a poster in her office that read “Tzedek, tzedek tirdof,” the Torah injunction meaning “Justice, justice shall you pursue.”

“I am a judge born, raised, and proud of being a Jew,” RBG wrote in an 1996 essay for the American Jewish Committee, and, in 2004, she contributed a short essay to the book, edited by Judea and Ruth Pearl in honour of their murdered son Daniel, called ‘I am Jewish’. 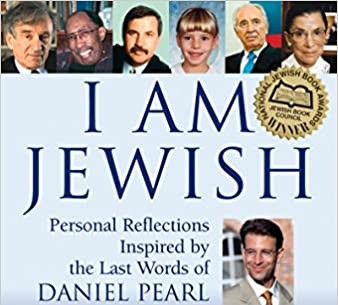 And, though Ruth and her husband weren’t observant, they would, according to JTA, routinely attend Passover seder with relatives, and Ruth herself co-authored a feminist interpretation of the Passover Hagadah in 2015.

RBG frequently visited Israel over the years, and, in 2017, received a lifetime achievement award from the Genesis Prize Foundation – an award informally known as the Jewish Nobel.

Here’s her speech in Tel Aviv accepting the award.

It literally wouldn’t have taken the Guardian writer more than a few Google clicks to realise that RBG hadn’t “abandoned her Judaism”, and we’ve complained to editors about the egregious error under the terms of the accuracy clause.