On November 4th BBC World Service radio aired an edition of the programme ‘Witness History’ titled ‘The assassination of Yitzhak Rabin’ which was first broadcast a decade ago.

“On November 4th 1995 the Israeli rock star Aviv Geffen sang at a peace rally in Tel Aviv alongside Israel’s leader Yitzhak Rabin. Moments later the Prime Minister was shot. Aviv Geffen spoke to Louise Hidalgo about that night, and its effect on his life.” 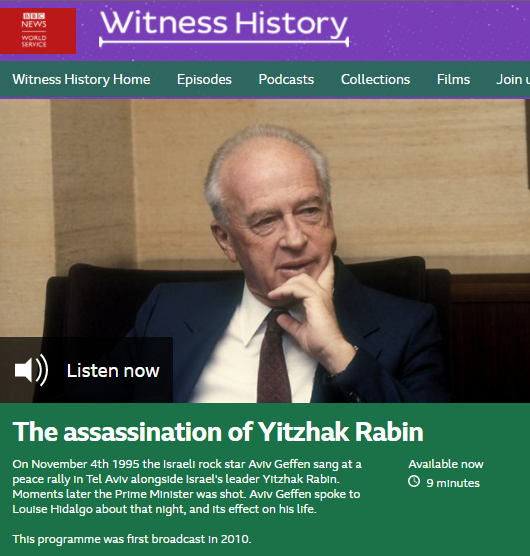 Near the beginning of the programme, presenter Louise Hidalgo sets the scene:

Contrary to the impression given to listeners, that rally – ‘Yes to Peace, No to Violence’ – was not “called” or organised by Rabin himself.

In fact, in his book about Rabin’s assassination Dan Ephron writes that:

“…Rabin hated the idea of initiating a pro-government rally – it smacked of authoritarianism.” 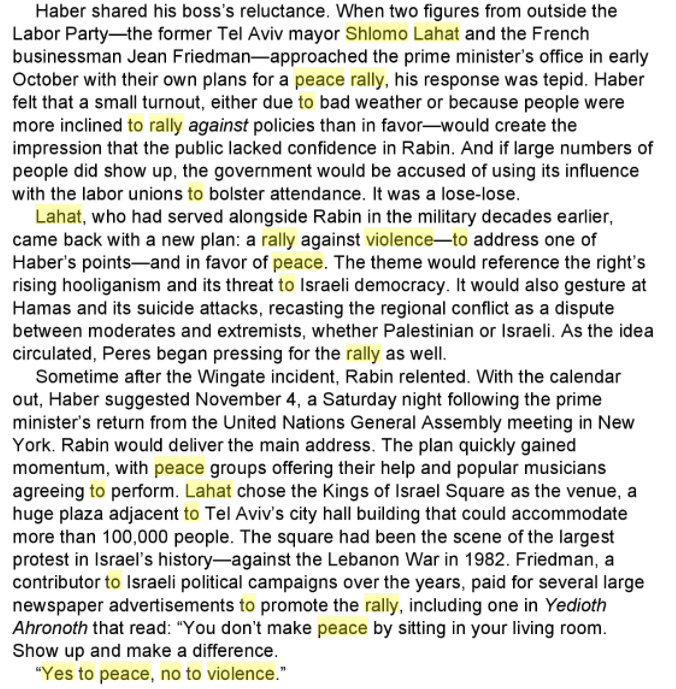 In his book about the Oslo Accords, Israel’s chief negotiator Uri Savir also notes that the rally was organised by French businessman Jean Friedmann – whom he describes as a “friend of Shimon Peres” – and Shlomo Lahat. 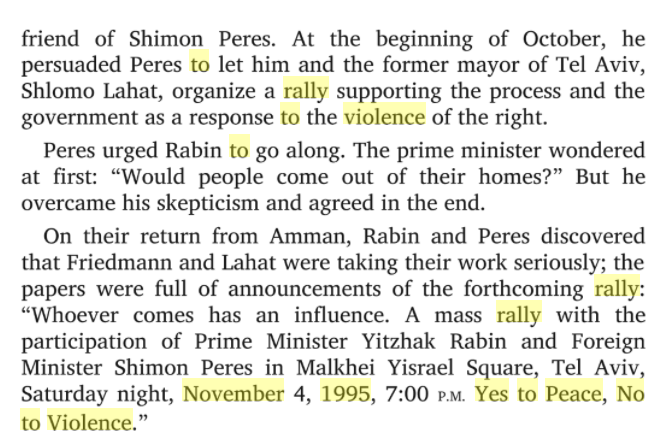 The day after the assassination, the IPS news agency reported that:

“The rally, titled ‘Peace Yes, Violence No,’ was organised by a pro-peace public committee headed by former Tel Aviv mayor and Rabin ally Shlomo Lahat that his spokesman said drew between 150,000 and 200,000 people.”

In short, while Rabin did of course participate in the rally, the BBC’s decade-old claim that he “called” it is inaccurate.