Late last month our colleagues at CAMERA’s Spanish language department alerted us to a report from BBC Mundo (the BBC World Service’s Spanish language service) which was headlined “Coronavirus “Apartheid”: Criticisms of Israel’s Efficient Vaccination Plan That Does Not Include Palestinians From Occupied Territories“. 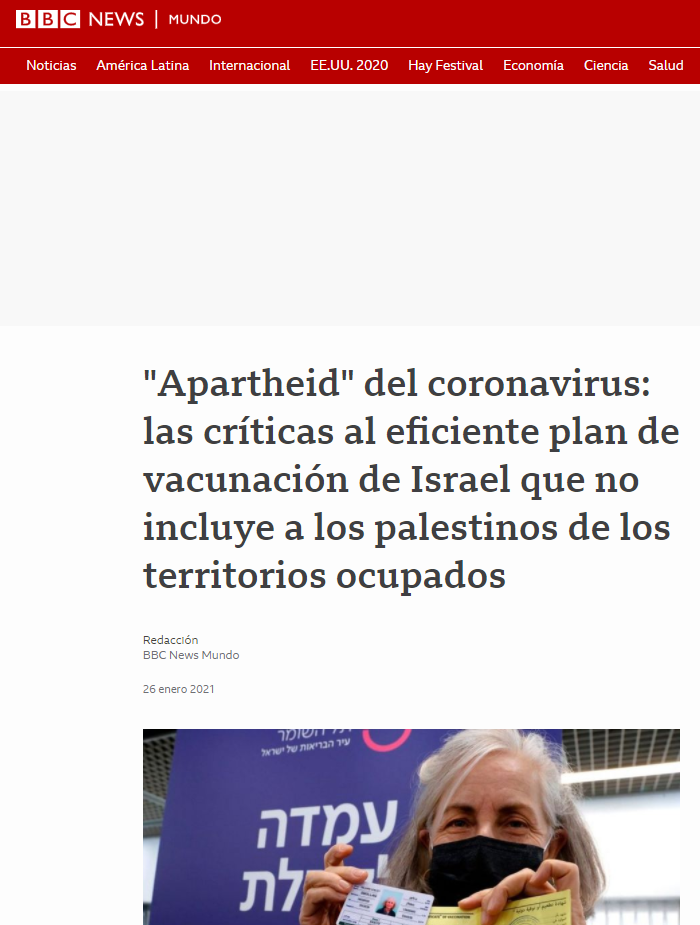 Additionally, in the body of that January 26th report readers were wrongly informed that the Oslo Accords “are currently suspended”.

CAMERA UK submitted a complaint concerning the BBC’s inaccurate, misleading and offensive use of the term ‘apartheid’ together with its incorrect portrayal of the status of the Oslo Accords. Ten days later we received the following response:

“Thank you for contacting us and your complaint regarding an article published by BBC Mundo about the vaccination programme (Covid-19) in Israel, the Occupied territories and the Gaza Strip.

After reviewing the article the editors of BBC Mundo decided to edit the text and add the following line lines at its bottom:

“This note was edited to correct an error on the status of the Oslo Accords and to rectify a wrong attribution of the use of the word apartheid, which was also removed from the title.”

We apologise for the errors and hope that the action we have taken has clarified the matter.”