Over a month ago we noted that BBC audiences had seen no coverage whatsoever of Mahmoud Abbas’ presidential decree ordering three rounds of elections in the coming months:

Days later it became apparent that at least one BBC journalist is aware of those planned elections but five weeks on, the corporation nevertheless continues to ignore that story.

So what has been happening on that front? A previously postponed meeting of fourteen Palestinian factions was held in early February in Cairo. 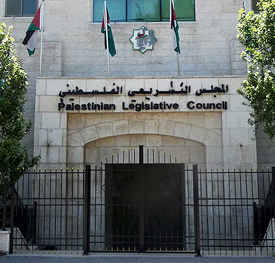 “The agreement announced on Monday night commits all sides to the immediate release of political prisoners and to allow members of the other faction to campaign in their territory. Both Fatah and Hamas have regularly cracked down on activity by the other movement in areas they administer.

The sides agreed to “guarantee the right to political and national action for all Palestinian factions in the West Bank and the Gaza Strip and stop the prosecution of citizens on the grounds of political affiliation or opinion,” per the declaration.

The agreement also called for the appointment of an election court with members from Gaza, the West Bank, and East Jerusalem. The court, which will certify the election’s results and resolve disputes, was one of the talks’ most contentious facets. […]

Another key issue taken up by the participants was whose security forces would oversee the polling stations. Both Fatah and Hamas regard each other’s police as illegitimate. But the declaration is vague on this issue, only saying that “the Palestinian police in their official garb” will protect those voting in the West Bank and Gaza.”

Later in the month a presidential decree was issued by Abbas on the topic of freedom of expression.

“The presidential decree bans all police pursuits and detentions in the West Bank and the Gaza Strip, which is controlled by the Hamas terrorist group, for “reasons related to freedom of expression and political affiliation.” Prisoners held on such justifications must be freed, says the decree.”

The Palestinian Islamic Jihad announced that it would boycott the elections while the PFLP – which likewise opposes the Oslo Accords – has said it will participate.

“The statement emphasized that the PFLP “affirms its categorical refusal to recognize the Zionist racist entity and insists on continuing the struggle [against Israel] in all forms, first and foremost the armed resistance, to liberate Palestine.”

On this basis, the statement read, the PFLP “decided to run in the elections according to its political program.”

The PFLP stressed that its participation in the elections “does not mean that it is a partner in the consecration of the humiliating and disastrous Oslo Accords.””

That PFLP statement contradicts a letter reportedly sent to the new US administration by the PA.

“The Palestinian Authority has reportedly sent a letter to Washington stating that all Palestinian factions — including Hamas — have committed to a Palestinian state within the pre-1967 borders with its capital in East Jerusalem, and to peaceful popular resistance against Israel. […]

Palestinian officials who spoke to The Times of Israel have previously emphasized that Hamas’s participation in the Palestinian political process would depend on its acceptance of previous agreements signed between Israel and the Palestinians, in addition to committing to “peaceful popular resistance.””

Some 93% of eligible voters have registered to take part in the election for the Palestinian Legislative Council – the first for over fifteen years – scheduled to take place on May 22nd.

As was the case ahead of the last PLC election in 2006, Fatah appears to having difficulty presenting a united front and has been accused of clamping down on dissidents within its ranks. With Hamas having said that it will not nominate a candidate for the presidential election scheduled for July 31st, Abbas’ main rival at the moment appears to be Marwan Barghouti who is currently serving five life sentences after having been convicted of the premeditated murder of five people in three shooting attacks during the second Intifada. According to reports, Barghouti’s faction is demanding that Fatah hold primary elections.

While many remain sceptical with regard to whether the three elections between May 22nd and August 31st will actually take place, there is clearly already plenty of subject matter for any journalist interested in domestic Palestinian politics.

However, as has often been observed here in the past, only very occasionally do BBC audiences see stand-alone reports concerning internal Palestinian affairs which are not framed within the context of ‘the conflict’ and do not have an Israel-related component. It therefore comes as no surprise to see that, to date, the BBC – despite having offices in Gaza City and Ramallah – has completely ignored the topic of scheduled Palestinian elections for the first time in a decade and a half.