The Israel Security Agency’s report on terror attacks (Hebrew) during April 2021 shows that throughout the month a total of 130 incidents took place: 80 in Judea & Samaria, 24 in Jerusalem and inside the ‘green line’ and twenty-six in the Gaza Strip sector.

No deaths or injuries were reported throughout the month.

Visitors to the BBC News website during April saw no coverage of any of those incidents – including rocket attacks from the Gaza Strip on April 15th, April 16th, April 23rd-24th, April 24th-25th and April 25th– 26th – despite the fact that BBC journalists in Israel were aware of the events.

Since the beginning of the year the BBC News website (described by the corporation as “a permanent public record…in the public interest”) has reported just one incident of rocket fire from the Gaza Strip and 0.24% of the total terror attacks that have taken place. 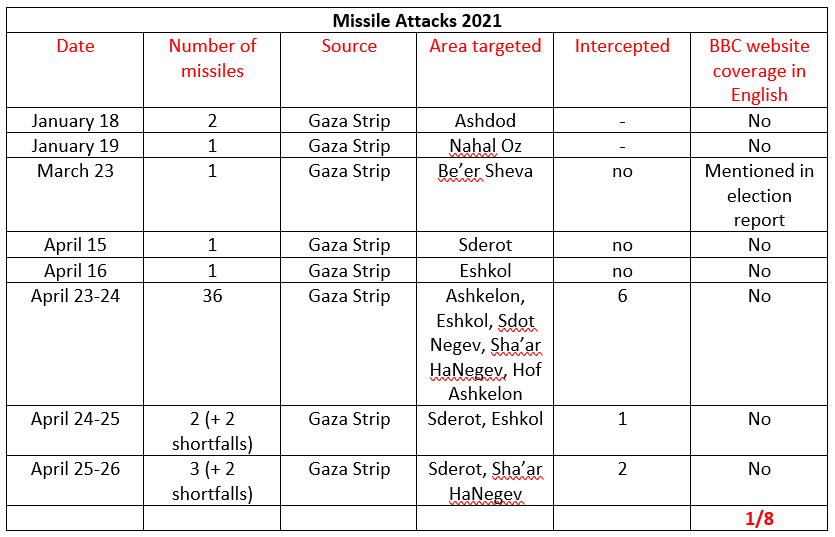