An article in The Times by Allistair Dawber (“Israel holds its tongue over Joe Biden’s deal with Iran”, Aug. 30) included the following:

Of course, Israel only took control of east Jerusalem during the Six Day War in 1967, a fact we noted in a tweet to the journalist and in a complaint to editors.  Soon after, Mr. Dawber acknowledged the error and the sentence was revised accordingly.

Editors noted the revision on The Times’ official correction page: 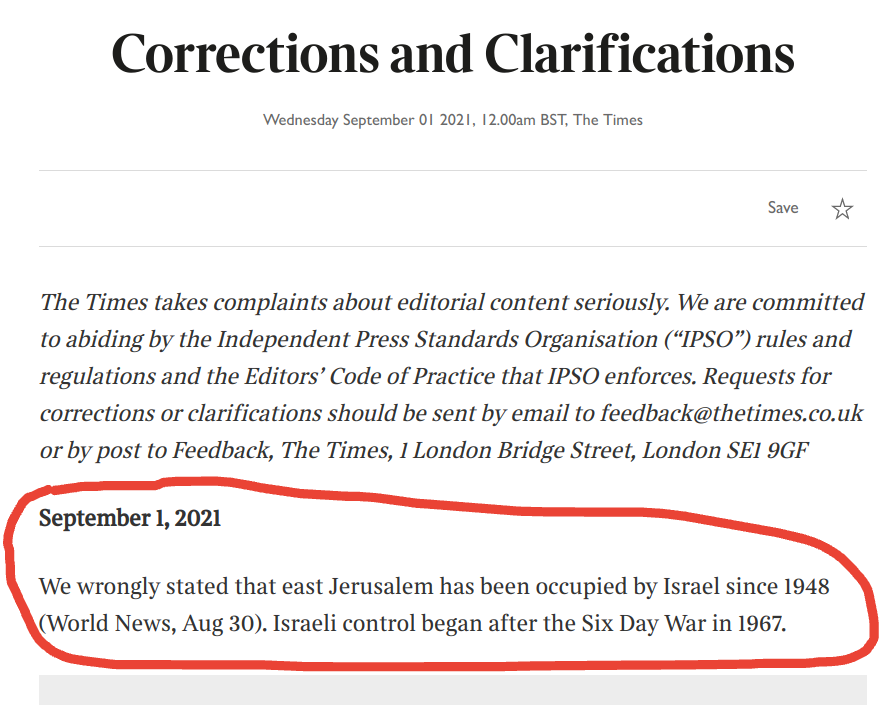