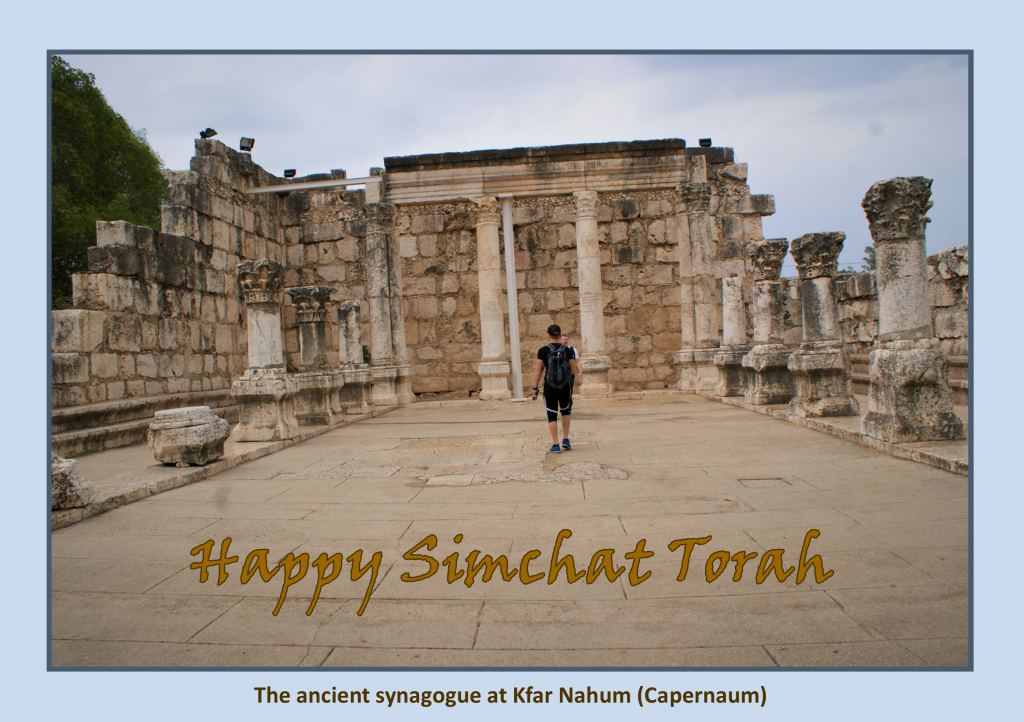 For more on the ancient synagogue at Kfar Nahum see here and here.