On October 16th a filmed report titled “Meghan Markle’s donation a ‘lifesaver’ for community kitchen users” was published on the regional ‘Nottingham’ page of the BBC News website’s UK section. 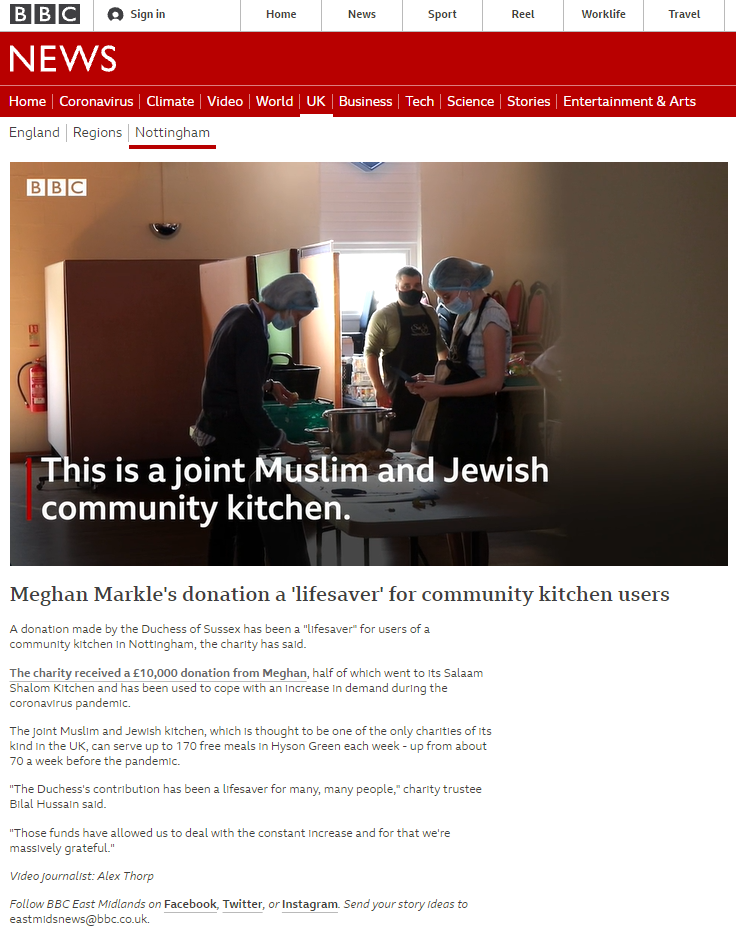 One of the participants states: [bracketed insert by the BBC]

“We decided that it was really important for our two [Muslim and Jewish] communities to come together, to do something good for the city of Nottingham, to be visibly working together against perceived barriers. It certainly is a wider held belief that Jews and Muslims don’t get on and we wanted to prove that wasn’t the case.”

While it is obvious why that report appeared on a regional page on the BBC News website, what is less clear is why the site’s editors decided that it should also be published on its ‘Middle East’ page, where it was promoted with the caption “We’re proving Jews and Muslims get along”. 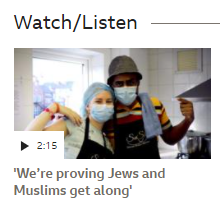 Anyone who has spent time in the one Middle East country with substantial Jewish and Muslim populations (including, one hopes, BBC staff) cannot fail to be aware of the fact that in Israel, Jews and Muslims work together in a wide variety of fields including retail outlets and hospitality, hospitals and other medical services as well as the security forces, government and the judiciary.

If BBC editors believe that the story from Nottingham warrants promotion to Middle East audiences simply because it involves British Muslims and British Jews and therefore should interest people of the same faiths in an unrelated part of the world, or that audiences in the Middle East need a two-and -a quarter minute film from the UK to provide them with an example of how to “get along”, that surely says more about BBC perceptions of the Middle East than anything else.

2 replies on “Why did report about a UK charity appear on the BBC’s ‘Middle East’ page?”