Rob Henderson, an Asian-American Air Force veteran and Ph.D. candidate at the University of Cambridge, has defined “luxury beliefs” broadly as opinions that confer social status on Western elites at very little cost, while taking a toll on those actually impacted by such ideas.  One example cited by Henderson, who grew up poor, neglected and in and out of foster care, is the trendy Defund the Police movement, which is supported significantly more by the wealthy than the poor – and is overwhelmingly rejected by African Americans.

This is not surprising as it is the latter who suffered the most when the woke BLM-inspired slogan following the murder of George Floyd was, was, to varying degrees, actually implemented into policy.  Major cuts to the budgets of police forces in major cities like Los Angeles, Minneapolis and Philadelphia led to a dramatic increases in crime – particularly homicides – against African Americans.

Western ant-Zionism, which is increasingly in vogue not only on the far-left, but within major media outlets as well, is similarly a luxury idea – one that is dangerously divorced from the millions of lives who would be impacted by such a ‘solution’ to the Israeli-Palestinian conflict.  Whilst the chances of Israel agreeing, or being forced at the point of a gun, to accept the end of Jewish sovereignty in their historic homeland are inestimably low, the injurious impact of such luxury beliefs is still quite real. 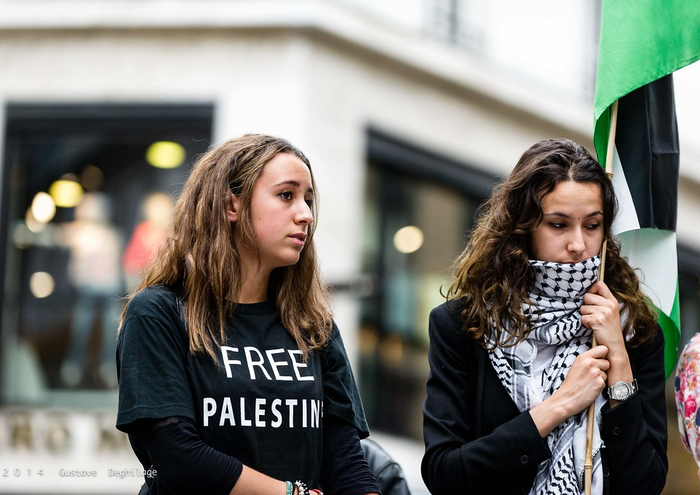 The promotion by pro-Palestinian activists of an non-Zionist future, which represents an existential threat for Israeli Jews, does grave harm to Palestinians themselves, as it nurtures false hope that they don’t need to bother with the nitty-gritty work of negotiations, compromise and (badly needed) institution-building to ameliorate their misery.  Instead, they can just wait Zionism out – what former Guardian journalist David Hearst once admiringly referred to using the Arabic word Sumud, meaning steadfastness or staying power.

As long as Palestinians hold on to the illusory hope that Zionism is something that can be defeated, rather than representing a reality they can – and indeed have to – live with, the longer they’ll engage in behavior, such as terrorism, incitement and rejectionism, that will ensure their own suffering by perpetuating a conflict that’s inimical to their interests.

When woke activists march in London, Paris and New York fantasizing about a world without Israel whilst shouting ‘From the River to the Sea, Palestine Will Be Free‘, flaunting their au courant politics like a fashion accessory, they’re not only engaged in magical thinking, but are participating in nothing more than a vanity project.  Their need to feel important, as Thomas Sowell observed more broadly about such activism, is such that the real world consequences of their ideas – so clearly counterproductive for those they claim to be helping – be damned.

One reply on “The luxury beliefs of Western anti-Zionists”