Two months ago British media outlets including the BBC and the Times produced reports relating to a much criticised Christmas season op-ed written by the Archbishop of Canterbury Justin Welby and the Anglican Archbishop of Jerusalem Hosam Naoum concerning ‘Christians being driven from the Holy Land’.

BBC TOUTS AN UNQUESTIONED NARRATIVE ABOUT ‘CHRISTIANS IN THE HOLY LAND’

One topic conspicuously absent from both the original op-ed and the related media coverage was that of attacks on Christians perpetrated by Palestinian Muslims, despite the fact that references to such attacks appear in a report provided to CAMERA UK by the office of the Archbishop of Canterbury in response to a query concerning the data cited.

As we noted at the time in relation to a radio report by the BBC Jerusalem bureau’s Tom Bateman:

“Notably, listeners were not told anything at all about “the plight of Christians elsewhere in the Middle East” – not least those in Palestinian Authority and Hamas-ruled territories.”

Just over a month after that op-ed was published, a member of the clergy at the Greek Orthodox church of Jacob’s Well in Nablus (Schem) was assaulted. The Palestinian NGO ‘Sabeel’ described the perpetrators as “a group of lawless Palestinians” and it was later reported that the Palestinian Authority security forces had made a number of related arrests. 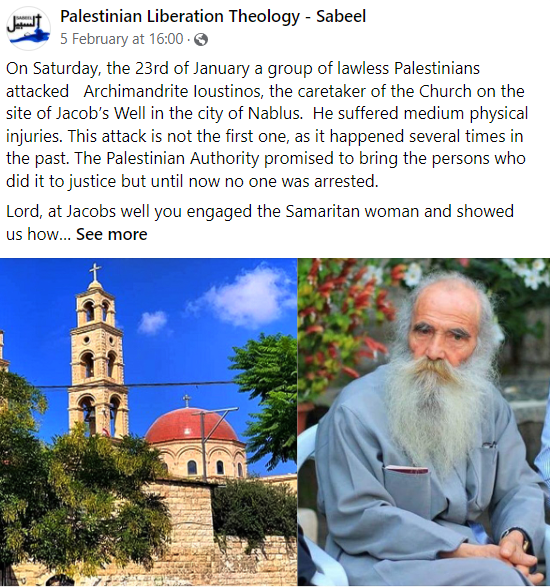 A few days later another attack on Palestinian Christians took place near Nahalin. 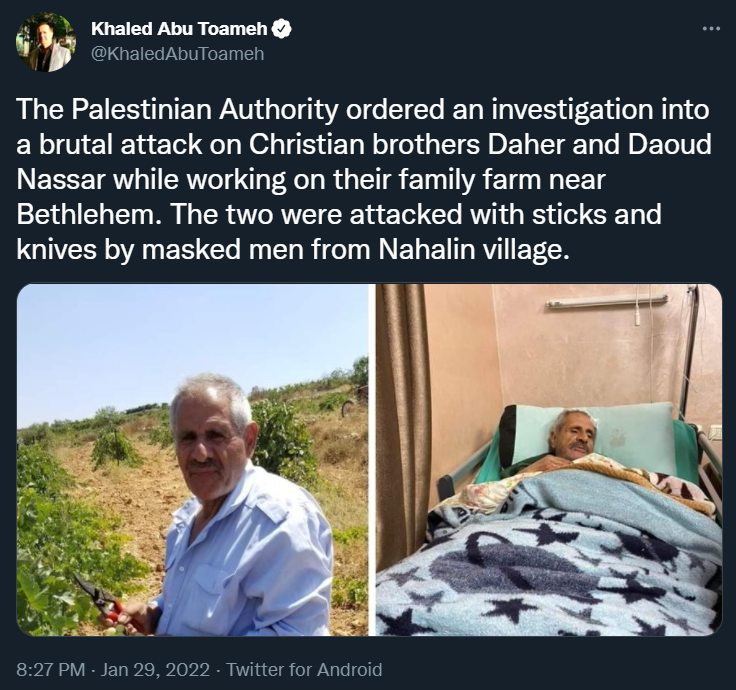 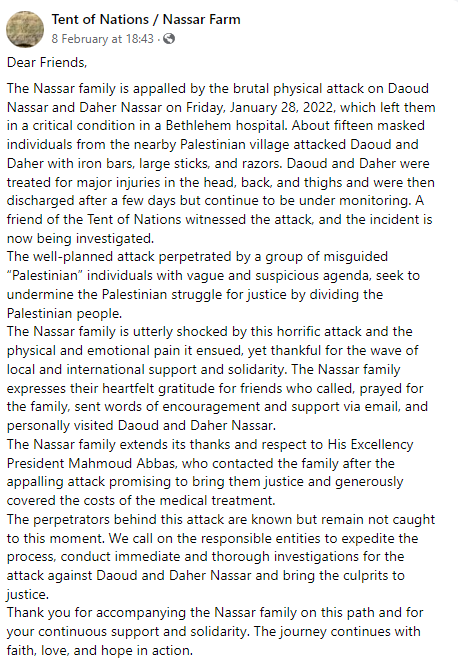 Notably, the Archbishop of Canterbury posted about that attack on Facebook.

In 2014 the BBC News website published a lengthy feature about the ‘Tent of Nations’ farm and the Nassar family which is still available online.

However, in line with the usual BBC practice of under-reporting internal Palestinian affairs and despite its uncritical amplification of Justin Welby’s op-ed just weeks earlier, audiences have seen no mention of either of those two recent attacks on Palestinian Christians to date.