Listeners to a BBC World Service radio news bulletin aired on March 8th at 13:00 GMT heard the following (from 03:47 here): [emphasis in italics in the original, emphasis in bold added] 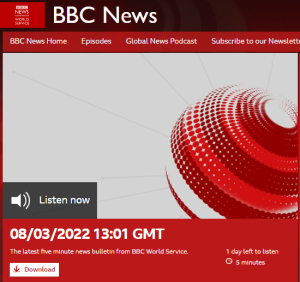 Newsreader: “European diplomats have expressed concern about a recent rise in Palestinian children being killed in clashes with Israeli forces. Two young Palestinian men have been shot dead in Jerusalem on consecutive days after attacks against the Israeli security forces. From Jerusalem, Yolande Knell reports.”

Having opened with signposting about “Palestinian children”, the newsreader went on to mention two people who were not children at the time of their deaths and failed to adequately clarify that they were the ones who carried out the “attacks against the Israeli security forces”.

On March 6th two members of the police force were injured in a stabbing attack in Jerusalem’s Old City carried out by nineteen year-old Karim Jamal al-Qawasmi from at-Tur.

On March 7th two police officers were moderately wounded in a stabbing attack in Jerusalem’s Old City carried out by 22-year-old Abd al-Rahman Jamal Qasim, a resident of the Jalazone refugee camp near Ramallah, who was claimed by Hamas as a member of that terrorist organisation.

In other words, those two incidents “on consecutive days” have no connection to the earlier framing of “Palestinian children”.

Listeners then heard the following from Yolande Knell:

Knell: “When tensions heighten here, there are always fears of another serious escalation in the Israel-Palestinian conflict. The militant group Hamas says one of its members was killed while carrying out the latest stabbing attack on Israeli police in Jerusalem’s Old City. More than a dozen Palestinians have been killed by Israeli forces since the start of the year. Several have been teenagers. The European Union and the UK are calling for swift investigations into such deaths amid claims of Israeli security services using excessive force.”

Notably, BBC audiences have seen virtually no reporting on Palestinian terrorism “since the start of the year” and so would be unlikely to be able to understand Knell’s reference to “tensions” and “escalation”.

Her claim that “[m]ore than a dozen Palestinians have been killed by Israeli forces since the start of the year” fails to clarify how many of those killed were carrying out attacks at the time of their deaths and/or how many were members of terrorist organisations.

For example, three members of the Al Aqsa Martyrs Brigades who had carried out shooting attacks were killed on February 8th. A member of the Palestinian Islamic Jihad was killed on March 1st along with a 19-year-old (presumably included in Knell’s ‘several teenagers’) who was later described by the Al Aqsa Martyrs Brigades as a “fighting member” . Together with the Hamas member killed in Jerusalem on March 7th, that means that around half of those killed since the beginning of the year were members of terrorist groups.

Knell’s claim that the UK is “calling for swift investigations” appears to be based on a March 7th Tweet from the British Consul-General in Jerusalem.

Knell failed to identify the party or parties making “claims of Israeli security services using excessive force” and refrained from informing listeners that the Palestinian Authority has issued statements to that effect.

Clearly while this short news report does very little to “build people’s understanding” of its supposed subject matter, it certainly does promote framing intended to advance a specific narrative.