The lead item in the March 10th edition of BBC Radio 4’s ‘From Our Own Correspondent’ (from 02:57 here) is described as following in its synopsis: 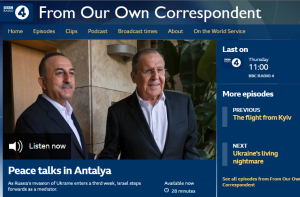 “As Russia’s invasion of Ukraine enters a third week, hopes are wearing thin of a ceasefire after several rounds of unsuccessful talks. But a potential mediator tried to enter the fray this week: Israel, as Tom Bateman reports from Jerusalem.”

That audio report is very similar – and in parts identical – to a written item by Tom Bateman which appeared in the ‘features’ section of the BBC News website’s ‘Middle East’ page on the same day under the headline “Israel’s Bennett plays peacemaker in Ukraine-Russia war”.

Both those reports raise a topic that until that point had been avoided by the BBC in its Ukraine reporting: the attempts by Palestinians and their supporters to promote the notion of equivalence between Palestinians and Ukrainians.

“Palestinians point to Western backing for Ukrainian resistance and hagiography of its leaders and ask what about us? Israeli critics of this argument have been very vocal too, saying there’s no equivalence between the two conflicts.” 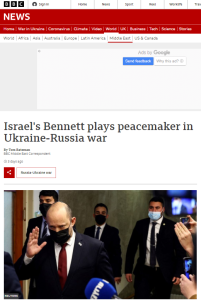 “Palestinians point to Western backing for Ukrainian resistance and celebration of its leaders and ask: What about us? Israeli critics of this argument have been very vocal too, saying there is no equivalence between the two conflicts.”

Those familiar with Bateman’s reporting would probably not have been remotely surprised by his forcing of the unrelated topic of Palestinians into reports about the Israeli prime minister’s contribution to efforts to bring the conflict in Ukraine to an end.

Bateman is no doubt well aware that gratuitously tossing false equivalence between Palestinian terrorism and the efforts of Ukrainians to defend their country into the ring (and then supposedly ‘balancing’ it with an inadequate ‘he said-she said’ account of what anonymous “Israeli critics” say) contributes nothing at all to audience understanding of his stated subject matter. Nevertheless, that is precisely what he elected to do, making no effort to explain in his own words why the comparison he floated on two different platforms is entirely redundant.

Also notable is the fact that Bateman has to date made no effort either in these two reports or elsewhere to inform BBC audiences of a pro-Russia demonstration held in Bethlehem last week. 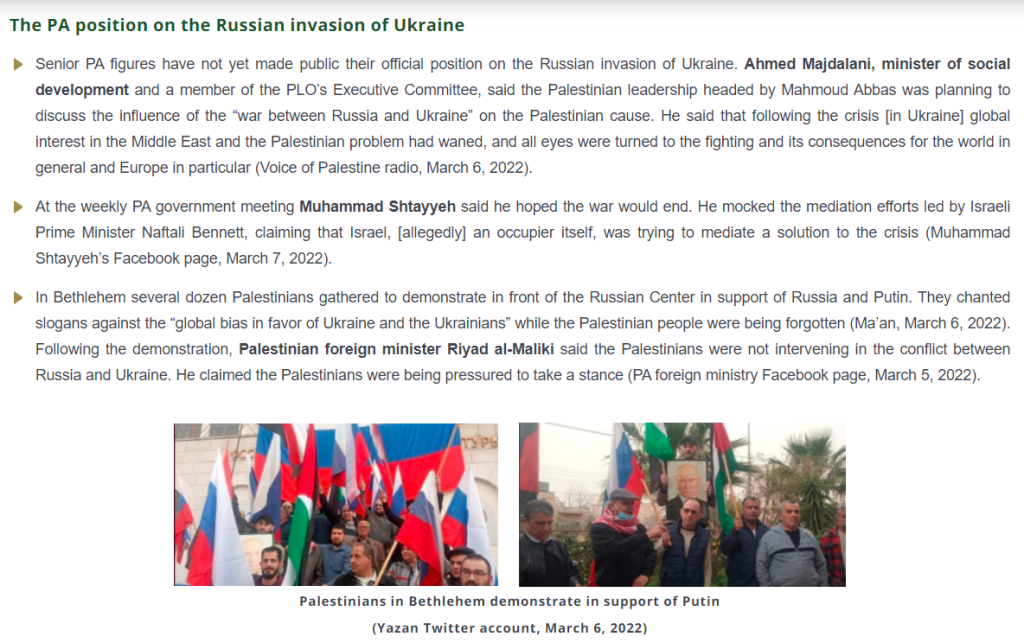 AN OVERVIEW OF BBC COVERAGE OF ISRAEL PM’S RUSSIA VISIT