Last week, we posted about an op-ed in The Telegraph by Anthony Harwood (“Israel’s position on Ukraine spells disaster for the West”, March 14) that included the following, in the context of ongoing mediation efforts by Naftali Bennett in hopes of achieving a ceasefire in Ukraine. 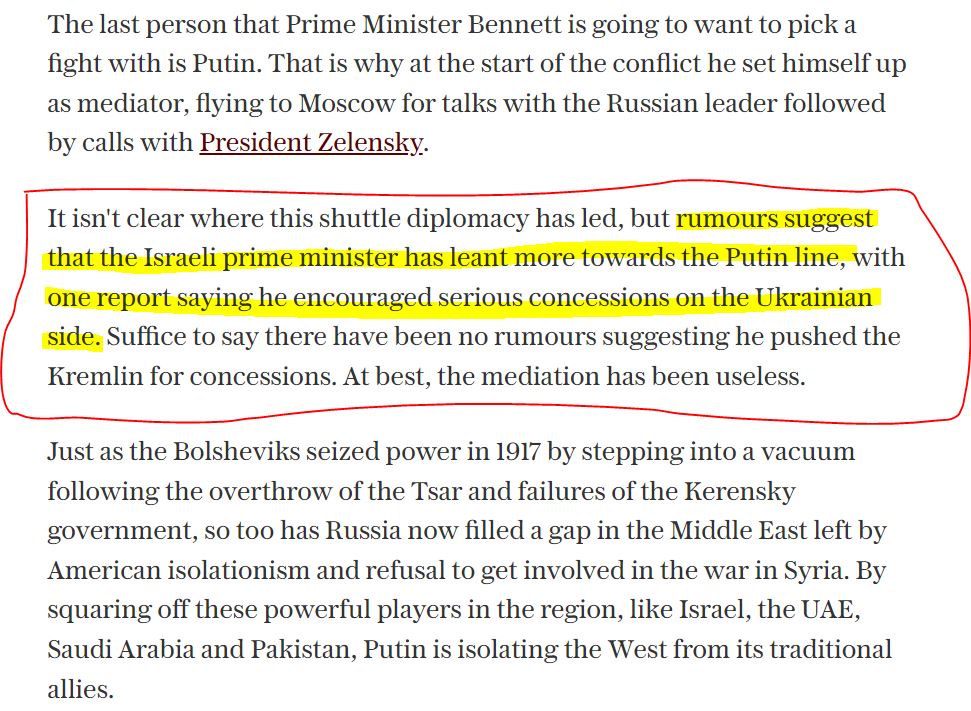 As we noted, reports and “rumours” that Israel’s prime minister was encouraging Ukraine to make major concessions to Russia was based entirely on anonymous sources, and had been debunked several days ago, with Reuters and other outlets reporting that high-ranking officials from both countries emphatically denied the claim.

Our complaint was upheld, and the paragraph in question deleted: 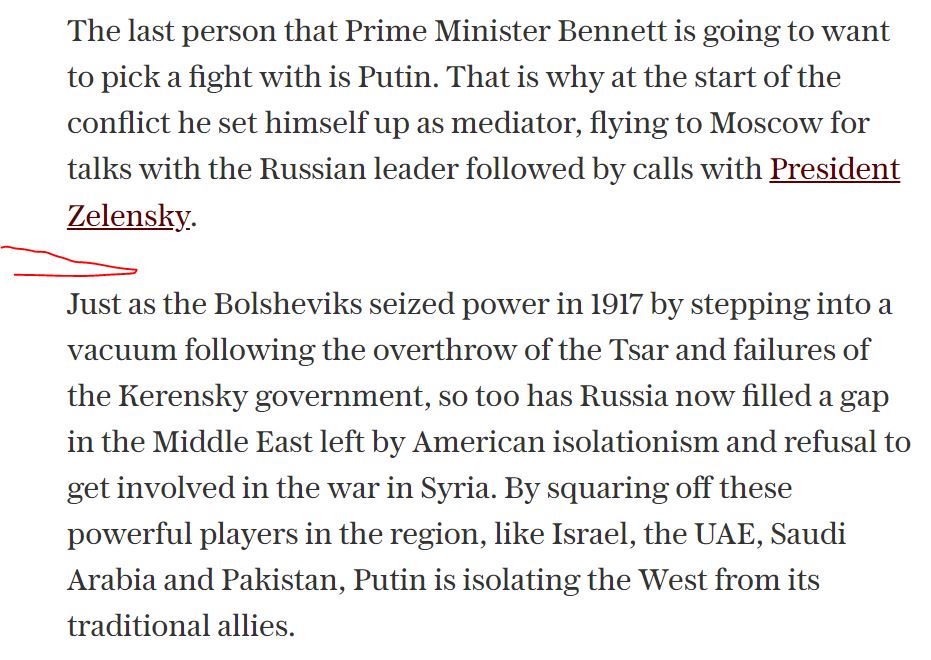 Unfortunately, the Telegraph failed to include an editor’s note acknowledging the correction , despite the fact that the Editors’ Code of Practice urges media outlets to do so when amending an inaccuracy.