A BBC World Service radio news bulletin aired on the morning of April 11th and read by Neil Nunes included the following (from 01:42 here): 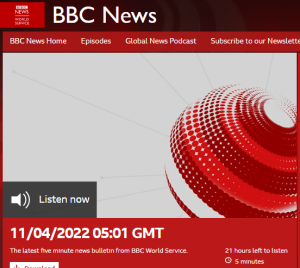 “Israeli troops have killed two women and two men in separate incidents as tensions continue across the country after a wave of attacks. Three were Palestinians but local media say the fourth was a Jewish settler, thought to be suffering from mental illness. He was shot dead after snatching a weapon from an Israeli servicewoman.”

The BBC’s audiences around the world were not informed that one of those Palestinian women had just stabbed a police officer in Hebron when she was shot while the other had approached troops in a suspicious manner and failed to stop when told to do so. The Palestinian man was throwing petrol bombs at a vehicle at the time of the incident but the BBC also failed to provide that relevant information.

CAMERA UK has found no evidence to support the BBC’s claim that “local media say the fourth was a Jewish settler”. For example, a report at the Times of Israel states that the man “was not immediately named” and makes no reference to his place of residence. Ha’aretz describes the man as “disabled” but likewise does not mention where he lived. A report by Kan 11 describes the man as “a resident of one of the communities in the south” while a report by Israel HaYom describes him as “a resident of one of the moshavim in the Lakhish district”.

CAMERA UK has submitted a complaint to the BBC pointing out the failure to include any information about what the three Palestinians were doing at the time of their deaths and inquiring whether it is now BBC policy to portray all Israelis as ‘Jewish settlers’.