Here’s a good example of how the Guardian’s anti-Israel bias often colours their coverage of issues not directly related to Israel or the Palestinians.  An article published yesterday about the results of US congressional primaries, written by their US political correspondent Lauren Gambino, (“Pennsylvania and North Carolina primaries test Trump’s hold on Republican party”, May 17), included information on a few minority candidates whose victories would make history.

Here’s one example from the piece:

Several states over, in North Carolina, the Trump-backed congressman Ted Budd bested ex-governor Pat McCrory and a dozen other candidates to clinch the Republican nomination for Senate…

And, then the Guardian journalist commented on another election result, noting the putative influence on the race of AIPAC :

[AIPAC] targeted Summer Lee in the final weeks of her bid to capture the party’s nomination in the solidly Democratic Pennsylvania district.

But as of late Tuesday evening, Lee, a progressive representative, appears to have overcome the flood of money spent against her to defeat Steve Irwin in the race to replace congressman Mike Doyle, who is retiring at the end of next year. Lee’s victory would be a major win for the progressive movement in the safely Democratic seat. If elected, she would be the first Black woman to represent the state in Congress.

The race of another candidate was mentioned here:

Charles Booker, a Black former state lawmaker who emerged as a powerful voice against racial justice in the aftermath of the fatal police shooting of Breonna Taylor in 2020, won the Democratic Senate primary in the state. The progressive faces long odds in his bid to unseat Republican senator Rand Paul in November.

Foushee was one of the many candidates who benefited from the support of a Super Pac affiliated with [AIPAC], which poured money into primary races with the goal of countering the rise of progressive Democrats sympathetic to the Palestinian cause.

In addition to omitting that Allam, the “progressive” candidate, had been called out on an antisemitic tweet, the journalist also neglected to note that Foushee, the AIPAC supported candidate, is not only a Black woman, but, if victorious in November, would – according to Emily’s List, a group devoted to getting pro-Choice Democratic women elected – become both “the first woman and person of color” to represent that district.

In all of the other races covered in the article, other than that of Foushee, the race of the candidate – or the historic nature of their candidacy due to their race, gender or religion – was noted.

Could the Guardian journalist have simply not known about Foushee’s race or the historic nature of her candidacy? Extremely unlikely. 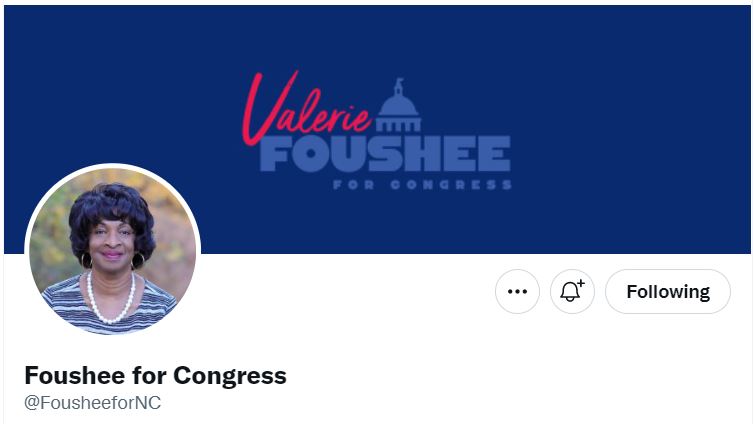 The omission by the Guardian journalist was likely motivated by the narrative-requirement to frame candidates opposed by AIPAC as intrinsically more progressive and likeable – and as citizens within the ‘community of the good‘ – than their AIPAC-supported opponents.