Readers may recall that last year OFCOM conducted a public consultation on the topic of its regulation of the BBC. The submissions made by CAMERA UK and others can be found here. 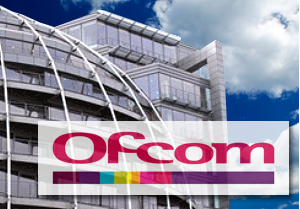 On June 22nd OFCOM released its report, much of which understandably focuses on audience dissatisfaction with the BBC complaints procedure.

In total, 11% of adults had cause to complain about the BBC in the last year. This is the highest level among broadcasters (6% for ITV, 4% for Channel 4), but lower compared with other industries (21% for online retailers, 15% for energy companies).

Complaints tend to relate to bias (39%) and misleading/dishonest content (26%). Our research suggests the BBC is more than twice as likely to attract complaints about these issues compared to the other public service broadcasters.

Unlike other broadcasters, the ‘BBC First’ complaints system, agreed by Parliament, gives the BBC an opportunity to respond to complaints before they are escalated to Ofcom. And while people are generally not opposed to this system in principle, our research uncovered a number of issues:

The report also relates to the issue of impartiality.

“Our audience research also shows the BBC’s impartiality remains a key area of concern with its audiences. Although they rate its news highly for trust and accuracy, they consistently rate it less favourably on impartiality.

The BBC needs to understand why this is the case and do more to address concerns arising from perceptions of its impartiality.”

“Ofcom is clear that the BBC needs to make its complaints process simpler and more straightforward for people to navigate. It must also be more transparent and open about its decision-making.

This is essential for building trust and improving its relationship with audiences, and for justifying why it should continue to enjoy the unique position of handling its own complaints first.

To help address audience concerns, we have today updated our complaints handling determinations (PDF, 255.9 KB). This now directs the BBC to publish the reasoning behind any final stage decision not to uphold complaints about due impartiality and due accuracy.

We also welcome, and will closely monitor, the measures the BBC has taken to improve audience attitudes and perceptions of its due impartiality, particularly in response to the Serota Review, such as the Impartiality and Editorial Standards Action Plan. We expect the BBC to rigorously assess and transparently report on these actions to retain audience trust.”

Particularly since mid-2019, CAMERA UK has repeatedly noted the decreasing efficiency of the BBC complaints procedure. We hence look forward to much-needed improvements in the handling of complaints which will hopefully result from this OFCOM report.

Like Loading...
Tags from the story
BBC, BBC Complaints, BBC Complaints procedure, Impartiality, Ofcom, Public consultation
Written By
Hadar Sela
More from Hadar Sela
At the end of last year we noted here that one of...
Read More