Throughout the month of June 2022, twenty written or filmed reports relating to Israel and/or the Palestinians appeared on the BBC News website’s ‘Middle East’ page, some of which were also published on other pages and four of which were carried over from the previous month. 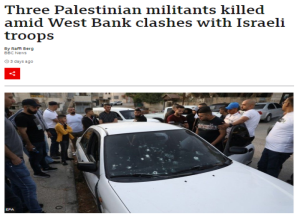 One item carried over from May concerned the release of a Japanese terrorist:

One item was about Israelis held hostage by terrorists:

One item concerned the BDS campaign: 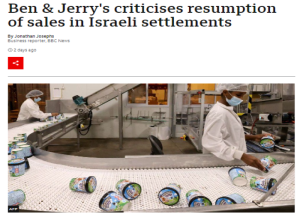 Two items (one of which was carried over from the previous month) concerned Iran: 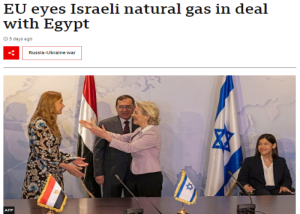 One report related to Palestinian affairs:

One item concerned the death of an Al Jazeera journalist in May: 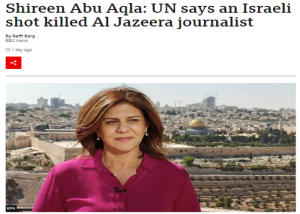 One report can be classified as miscellaneous:

Of nine items concerning Israeli affairs, two were about politics:

One related to potential legislation:

One concerned a legal case: 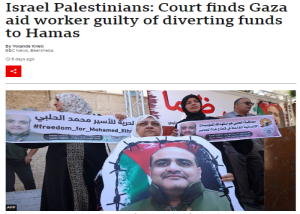 Three items – two of which were carried over from the previous month – concerned events in the Israeli calendar:

In addition – not included in our count – two items appeared in the ‘updates’ section underneath the ‘Middle East’ page but not on the page itself:

Once again BBC audiences saw no new reporting whatsoever on Palestinian internal affairs throughout the month. Stories the BBC apparently did not consider newsworthy included multiple incidents of violence against journalists by PA security forces, the use of violence by the Hamas-run police force and home demolitions in the northern Gaza Strip,  altercations at a university, illegal trade in UNRWA aid, the cancellation of a concert in Ramallah, the expulsion of a member of the Palestinian Journalists Syndicate, the release on bail of suspects in the Nizar Banat case, fatal clashes between rival clans in Hebron and allegations of torture in PA-run prisons.