A headline that appeared on the BBC News website’s ‘Middle East’ page on July 6th informed BBC audiences that “Abbas and Haniya meet for the first time in 15 years”. 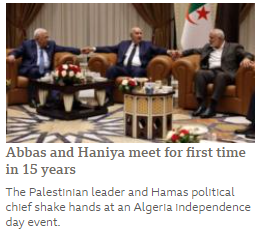 The report – written by Youssef Taha – also appeared on the BBC News website’s ‘Africa Live’ page and in its photo caption and text, readers were once again told that Mahmoud Abbas and Ismail Haniyeh met in Algeria “for the first time in 15 years”. 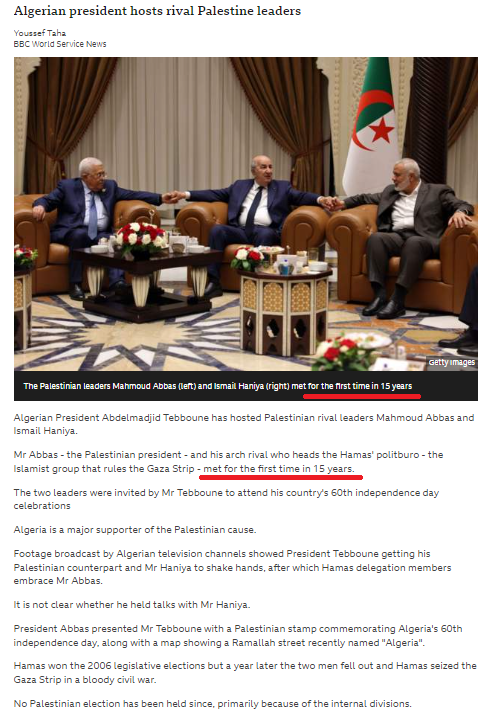 In fact, at least one meeting between Abbas and Haniyeh has taken place more recently than fifteen years ago – i.e. since 2007.

As reported by the Times of Israel and others, in October 2016 Mahmoud Abbas met with Hamas’ Ismail Haniyeh and Khaled Mashaal in Qatar.

Abbas’ Fatah movement Tweeted a photograph of that meeting. 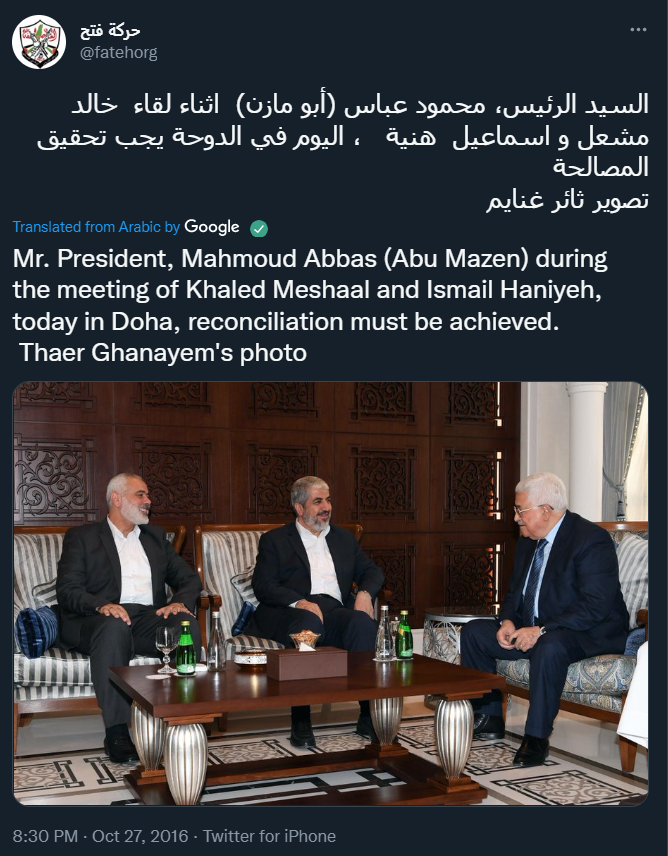 In other words, contrary to the BBC’s repeated claim, the reportedly reluctant meeting between Abbas and Haniyeh in Algeria on July 5th was not their first “in 15 years”.