Oborne…trawl[s] through the American media, where he exposes Islamophobic currents that are often linked to Israel…

In the first draft of this post, we aimed to show that the putative argument by Oborne – known for his  conspiracy-laden 2009 Channel 4 Dispatches programme, ‘Inside Britain’s Israel Lobby’ and his defence of Jeremy Corbyn – that Islamophobic currents in the American media are “linked to Israel” is absurd.  However, we then decided to first check the book itself to see if the FT journalist was accurately characterising Oborne, and it in fact turns out that he leveled no such allegation.  A thorough review by blogger Jonathan Hoffman, who read the entire book and forwarded us copies of the relevant pages, shows that the FT’s Ruthven egregiously misrepresented the book he reviewed.

Here are the relevenat pages from the short section: Islamophobia in American media: 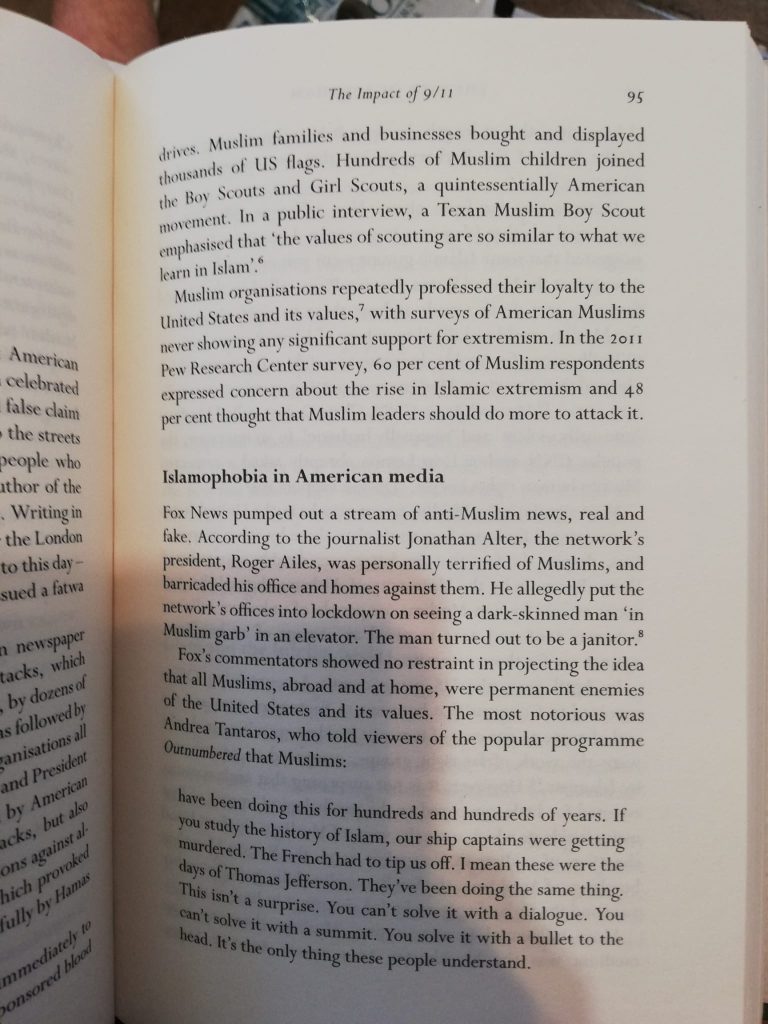 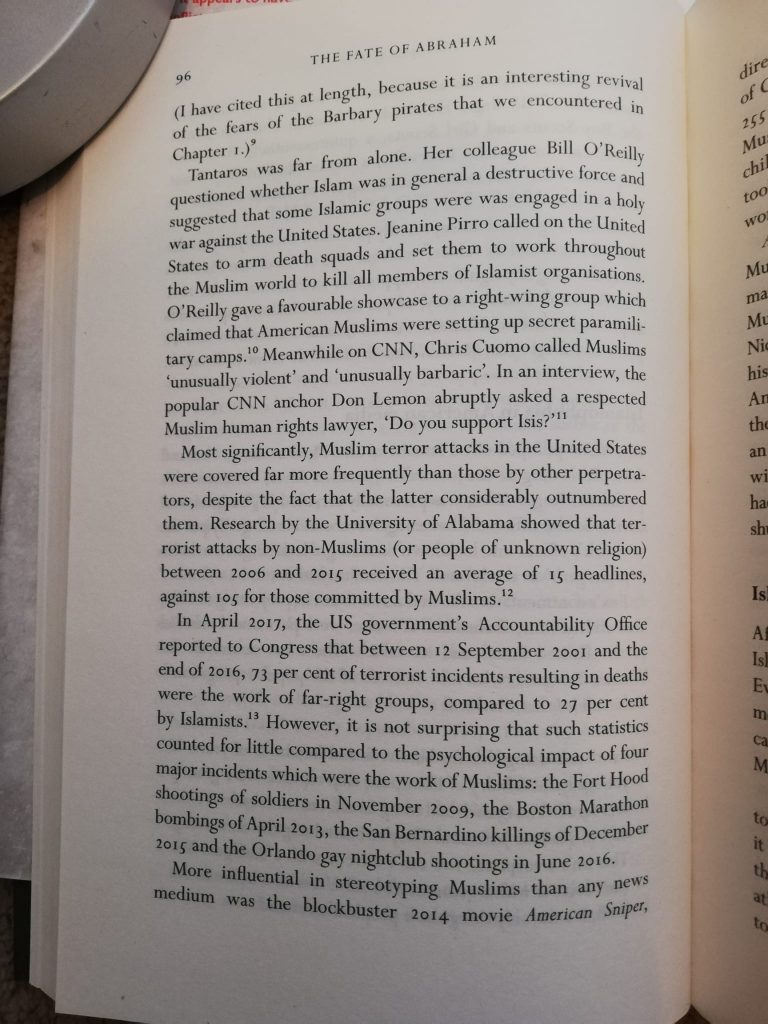 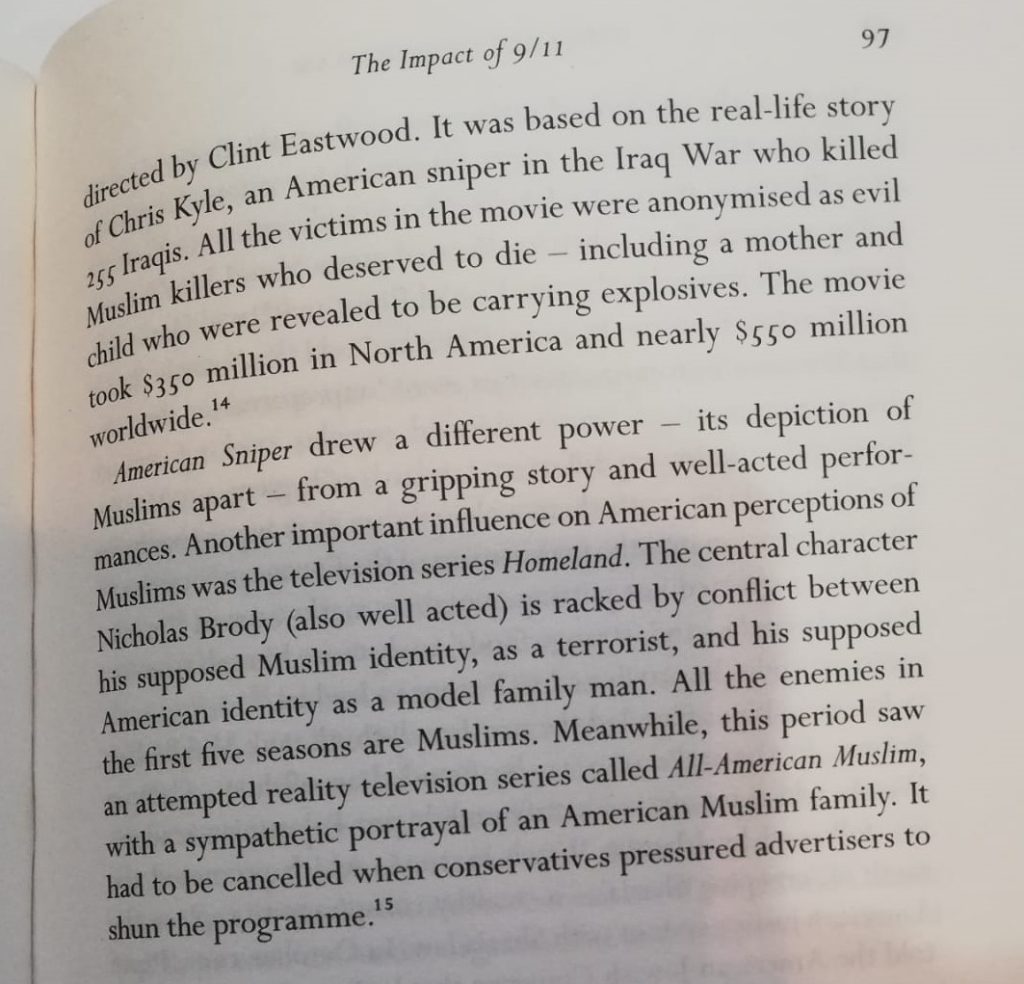 Some of the other prominent US based commentators or academics cited by Oborne as instigators of Islamophobia, who he lumps into the categories of “neocons, Zionists and Evangelicals”, in his chapter ‘Islam and the intellectuals’ (such as Daniel Pipes, David Horovitz and Pamela Geller) are Jewish, but are not Israeli, nor connected to the state.

Indeed, according to Hoffman, who also sent us a copy of the book’s table of contents and index, the topic of Israel is scarcely mentioned by Oborne in any substantive context, which makes us wonder what precisely inspired Ruthven to evoke a connection between Israel with global Islamophobia, a toxic trope fancied by the likes of antisemitic conspiracy theorists such as the disgraced former British academic David Miller.

We’ll be contacting FT editors to seek a clarification.