Israeli forces have killed a Palestinian boy near Bethlehem in the occupied West Bank, where the army said they opened fire after people threw molotov cocktails.

Omar Khmour, 14, was shot in the head early on Monday in the Dheisheh refugee camp in the southern West Bank and “succumbed to his wounds”, the Palestinian ministry said.

However, the article fails to note that Khmour was affiliated with the Popular Front for the Liberation of Palestine (PFLP), a fact proudly noted by the the (proscribed) terrorist group itself.

🔴 PFLP statement:
—
The Popular Front mourns its comrade, the fighter cub, Amr Khaled Al-Khamour, and warns of the occupation's escalation of its aggression against our people. pic.twitter.com/d3YWF81W9e

Family and friends take part in the funeral procession of the #Palestinian youth of Omar Al-Khamour who died of wounds he sustained by Israeli gunfire during a dawn raid of Bethlehem's Dheisheh camp.

Interestingly, the Guardian/AFP article actual cites WAFA as one of its sources for the story, but fails to note the same outlet’s photo of the teen with a PFLP flag.

Moreover, the article confounds the omission when it observes that Khmour “is the second boy killed in Dheisheh during an Israeli military incursion so far this month”.  In fact, as we demonstrated in a previous post, he’s the second PFLP affiliated teen killed this month.

The other teen they’re likely alluding to, Adam Essam Shaker Ayyad, killed during clashes with the IDF on Jan. 3, can be seen here, buried with a PFLP flag. 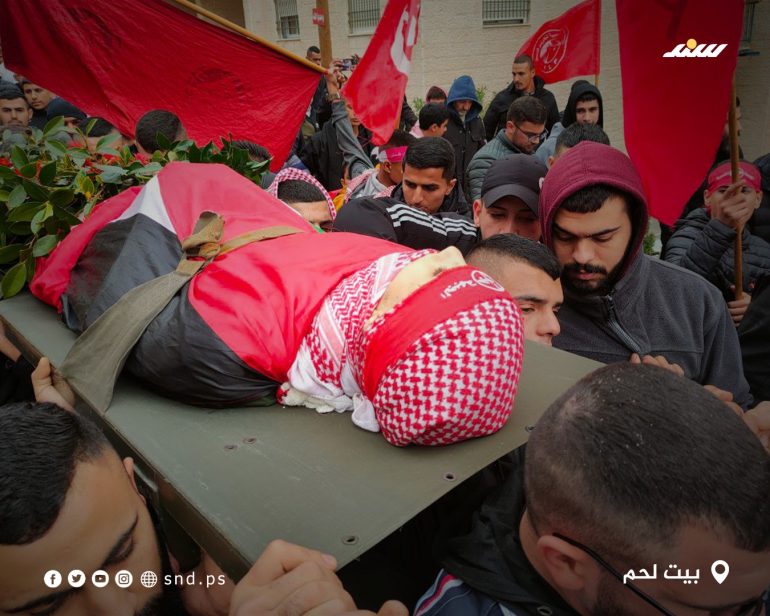 Finally, we carefully read the original AFP article, and found a sentence that Guardian editors chose not to include:

His body was wrapped in a red and white keffiyeh scarf and a Palestinian flag, before being carried by militants from the Popular Front for the Liberation of Palestine (PFLP).

The exploitation of minors by terror groups is, sadly, a common phenomenon in the Palestinian territories, one which British media outlets like the Guardian seem to go out of their way to ignore.

We’ve complained to Guardian editors about the omission.