The Palestinian Authority’s envoy to the European Union – Leila Shahid – appeared on ‘Hardtalk’ (broadcast on the BBC World Service) on December 14th 2012. 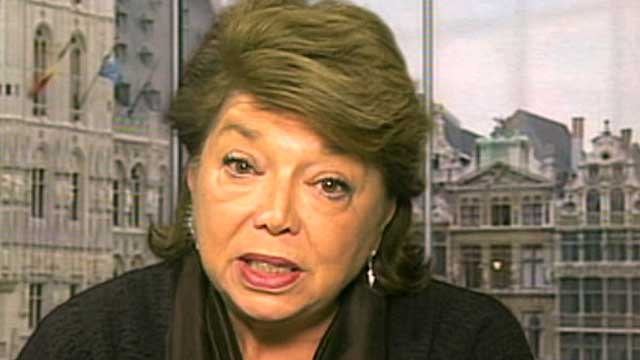 Readers in Britain can see the programme here for a limited period of time and those elsewhere can listen to a podcast of it here.

Though presenter Stephen Sackur did a fairly reasonable job on the whole, once again we saw in this programme an interviewee allowed to make factually incorrect statements without appropriate correction from the BBC’s representative.

Shahid’s statement that Israel “killed 1,400 civilians” during Operation Cast Lead went uncorrected, as did her use of the phrase “67 borders”. Most seriously, her claim that Palestinians were “ethnically cleansed” in 1948 raised a barely audible and certainly incomprehensible grumble from Sackur, but was not properly refuted.

In addition to the broadcast of the progamme itself, the BBC News website decided to highlight one portion of the interview on its Middle East page under the title “Palestinians ‘need a normal life’ “.

That 2:03 minute section of the interview can be seen here and it is largely devoted to something of a rant from Shahid in which – continuing her theme earlier in the programme when challenged regarding PA human rights abuses – she manages to blame each and every defect of the authority she represents upon “the occupation”.

“You make the questions and the answers. So if you want an answer, I’m telling you, the official institutions of the EU who are in charge of corruption with all the partners of the EU has not been able to show a case of corruption in terms of stealing money. The corruption is in the system of political clientelism. What we need is to go back to a normal life. A normal life means freedom, sovereignty, elections, democratic institutions, a parliament and a president. All this means an end of occupation. There is no way you’re going to convince me that you can build democracies without freedom. Citizens can’t express themselves – will not be able really to protect their own rights and their accomplishments unless they are free to do so. We have not had a working parliament for the last five years and this is not normal. For all these reasons I think we have a lot of work to do and in order to do it, we are sure that we need reconciliation, an end of occupation, freedom and statehood.”

The editorial decision to isolate, highlight and amplify this particular section of the interview is a very interesting one.