The recent acquisition of ‘Current TV’ by Al Jazeera has been making headlines. Al Jazeera’s English-language arm has been trying to break into the American cable TV market for considerable time but until now, the station’s reputation has largely scuppered those efforts. 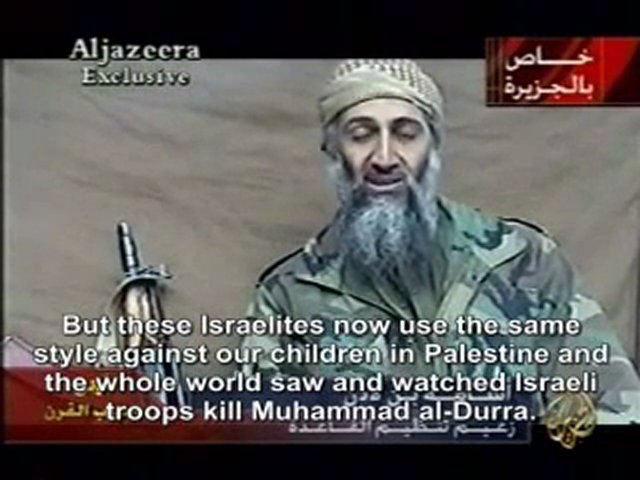 Of course Al Jazeera is no ordinary television company: it is the mouthpiece of a Qatari hereditary dictatorship with a less than illustrious human rights record and a penchant for funding and enabling Hamas terrorists.

It is well known that Al Jazeera’s English language operation (launched in 2006) tones down its coverage in comparison to its less subtle Arabic department, which has fawned over the terrorist child-murderer Samir Kuntar and features as its most popular programme the weekly rantings of Qatari-based Yusuf Qaradawi – spiritual leader of the Muslim Brotherhood and a virulent homophobe and antisemite. Nevertheless, Al Jazeera English remains firmly on target as the vector of the Qatari regime’s agenda, as some of its former employees have disclosed.

According to a recent BBC programme, however, there is a specific reason for Al Jazeera’s aspirations in the US market.

BBC Radio 4’s ‘Today’ programme of January 5th 2013 brought in media analyst Claire Enders to explain the half billion dollar takeover to listeners. The relevant section – which was also promoted on the Middle East page of the BBC News website – can be heard here. 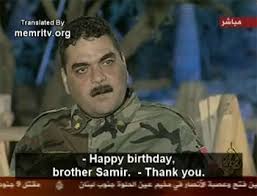 “They want to buy some presents but you have to understand that Al Jazeera doesn’t actually generate revenue now anyway. I mean for some time it is really a cost to the Qatari government and it doesn’t generate…it’s not really a commercial decision. It’s really a very long-term decision from a very oil rich state to set the scene for the World Cup in 2022 which is going to take place in Qatar.” [emphasis added]

Ah! So it’s all about sinking half a billion dollars into promoting a four-week football tournament almost a decade away. That’s alright then.

“There is sort of pent-up resistance and resentment really against Al Jazeera because many people – rightly or wrongly – see it as somehow, you know, being anti-American.”

Ms. Enders, however, is having none of it:

“Well, I don’t think that’s seen in that way actually. Al Jazeera has got – as one of its vocations – to present a different perspective, perhaps than ones that the Americans are used to, on the Arab-Israeli conflict, and so I really wouldn’t say that there is an anti Al Jazeera feeling in the US, but simply that, you know, it’s a very crowded market…” [emphasis added]

The BBC’s broadcast of this airbrushing of Al Jazeera and its financer’s agenda by Claire Enders seems quite amazing – until one remembers that the BBC has its own dealings with the Qatari regime.  Since 2005 the BBC has broadcast the Doha Debates (described as a ‘partner‘ by the BBC) and the licence to do so is purchased from the Qatar Foundation – which is also run by the Qatari dictatorship and has warm ties with Yusuf Qaradawi.

The Doha Debates are – in the BBC’s own words – “a public forum for dialogue and freedom of speech in Qatar”. The fact that “freedom of speech” does not extend to criticizing the Qatari regime either in the Doha Debates or on Al Jazeera appears to be of little concern to the BBC, which continues to provide a veneer of ‘progressive’ respectability to Qatar’s unelected head of state and his media mouthpiece.