An article dated March 5th 2013 which appeared on the Middle East page of the BBC News website relates to the cancelling of the Gaza Strip marathon by its organiser UNRWA after Hamas refused to allow women to take part in the run.
There we learn that:

“Conservative elements in Gaza have sometimes complained about mixing between the sexes, especially in schools and at sporting events.”

Towards the end of the article a brief reference is made to the violent attacks – presumed at the time to have been carried out by Salafists -which have taken place on mixed summer camps for children:

“In the past there have been attacks on the UN’s summer camps for children in Gaza after complaints that boys were allowed to mix with girls, the BBC’s Jon Donnison reports.”

Those attacks go far beyond what the chosen BBC terminology ” Conservative elements in Gaza have sometimes complained..” would suggest to any reasonable reader.
The point about this story though is not that there exist euphemistically-termed “conservative elements” in the Gaza Strip which oppose the mixing of the sexes, but that the ruling regime itself imposes such segregations, under the guise of what it defines as “local traditions“.
Focusing mainly on the technical side of the cancelling of the marathon, this BBC article avoids presenting the latest Hamas assault on women’s rights in the Gaza Strip in its full context as just one of a series of ideologically-inspired rulings curbing the freedom and rights of women (and men)  which have been implemented by Hamas since its violent seizure of power in 2007. 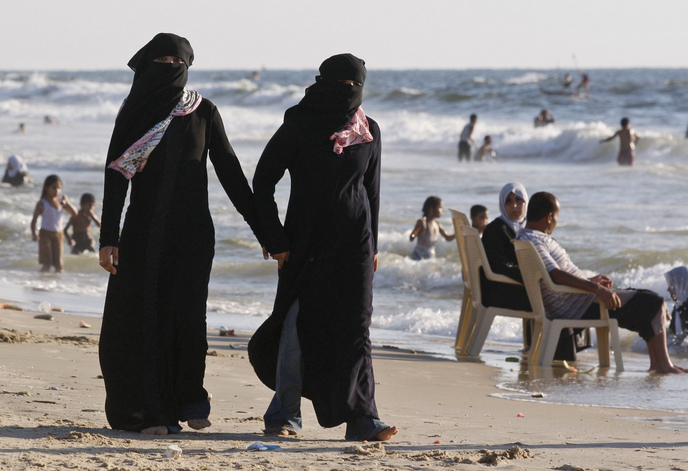 That missing context is important in relation to the BBC’s self-declared purpose of “global outlook”, according to which it resolves to:

Broaden UK audiences’ experience of and exposure to different cultures from around the world.

Audience understanding of global issues is not enhanced by the use of euphemisms and the avoidance of context. The proximity of this latest move by the Hamas regime to International Women’s Day would have been an especially appropriate occasion for the BBC to break its silence on the Islamist oppression of women by Hamas.