We are just three weeks away from the start of the UEFA Under-21 Football Championships in Israel and on Tuesday England announced its squad, which is full of exciting players who will be using the tournament to try to force their way into the England first team. 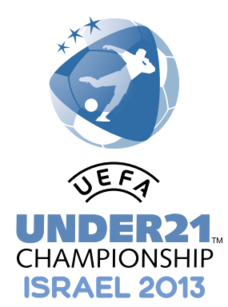 Eight teams are going to Israel and they have been drawn into two groups:

England will play Italy in Tel Aviv on June 5th, Norway in Petah Tikvah on June 8th and Israel in Jerusalem on June 11th.

It will be exciting to see Wigan’s Callum McManaman linking up with Wilfred Zaha (soon to be going to Manchester United) and a good test to see how the players cope in 80 degree heat with the prospect of World Cup Finals in Brazil in 2014 and Qatar in 2022.

It will also be a good test for Israel’s youngsters who will be trying to break into Israel’s first team. Israeli football is as strong as it has ever been. The first team is currently 2nd in their World Cup qualifying group for Brazil 2014 and was not far away from qualifying for the World Cup Finals in South Africa in 2010. It will be interesting to see the Avi Cohens, Ronny Rosenthals, Eyal Berkovichs and Yossi Benayouns of the future.

One would expect a Spain versus Germany final but let’s hope for it being England versus Israel with England winning the final on penalties. [ Ed: We”ll agree to differ on that last point!]

Let Cif Watch be your eyes and ears for the festival of football that kicks off on June 5th as we hope to have regular reports on the unfolding drama.

The England Squad for Israel 2013 is: