We recently discussed the May 9th 2013 edition of BBC Radio 4’s ‘Today’ programme in which veteran anti-Israel campaigner Ghada Karmi was given more or less free rein to propagate a collection of untruths and defamation. Among Karmi’s many deliberately misleading statements was the following:

As we remarked at the time:

“Karmi’s claim that Palestinian lecturers and students are “prevented” from travelling to universities by checkpoints conveniently whitewashes out of the picture the fact that those checkpoints did not exist before the Palestinian decision to launch a terror war in September 2000.”

Enjoying to no small extent the cooperation of some of the media, anti-Israel campaigners repeatedly try to delegitimize Israel by distorting 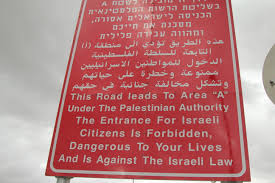 Israeli counter-terrorism measures such as checkpoints or the anti-terrorist fence as deliberate means to cruelly inconvenience Palestinians instead of measures to protect the Israeli civilian population.  That campaigning narrative is aimed at the emotions of Western audiences in particular and relies to a very large extent on its audience’s lack of familiarity with the facts.

So what are the facts? How many checkpoints actually exist and do they really “prevent” Palestinians from travelling to work or to university?

“The number of checkpoints in the Central Command went from 40 in July 2008 to just 12 in October 2012. Furthermore, these checkpoints are only used some of the time and the frequency of checks is dependent on the security threat at the time.”

Read more about the reality of checkpoints, crossings and movement in this useful fact sheet.