On the evening of Tuesday July 16th a man was stabbed several times in the chest and abdomen near Damascus Gate in Jerusalem in what the police said they suspect was a nationalistically motivated attack.

On the evening of Thursday July 18th another man sustained injuries after rocks were thrown at his vehicle whilst he was travelling on Route 55 near Karnei Shomron.

Later the same evening air-raid sirens sounded in the Eshkol Regional Council area adjacent to the border with the Gaza Strip as two missiles were again fired at Israeli civilian targets. No injuries were reported. In addition, stone-throwing incidents took place near Damascus Gate in Jerusalem. 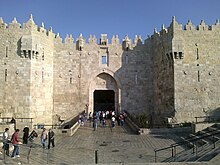 Yet again, none of the above was deemed newsworthy by the BBC.