Hang on to your hats, folks! After an absence of over two months, Jon Donnison is back on the BBC News website’s Middle East page.

In the department of cutting-edge ‘Features & Analysis’ we find an item titled “From little Gaza to chunky Australia” which also appears in the ‘magazine’ section of the same website as well as having been broadcast as an audio piece in the August 10th edition of ‘From Our Own Correspondent’ which is aired on BBC Radio 4 and the BBC World Service. 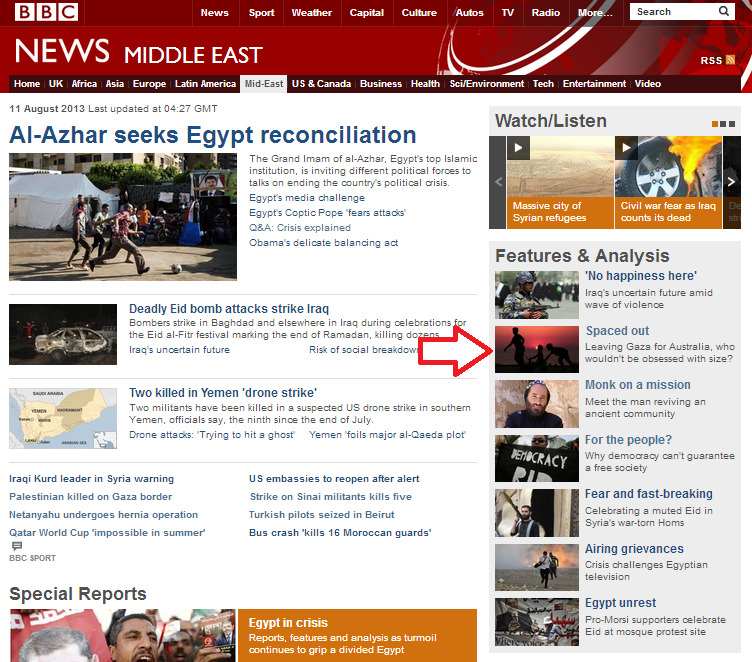 Sadly, those weeks of absence have not honed Donnison’s ability to produce accurate and impartial reporting. In an item comparing the size of the Gaza Strip to Australia which is apparently supposed to be whimsical or amusing, Donnison manages to squeeze in some of his tried and trusted old themes.

“With its wall, fences and watchtowers, Gaza is not a place for the claustrophobic.”

Does Donnison bother to go on to explain to his readers and listeners why there is a need for a wall, a fence and watchtowers? Does he make clear that the fence between Israel and the Gaza Strip (constructed between 1994- 96) is a product of the Oslo Accords or that the wall actually runs along the border between the Strip and Egypt? Of course he doesn’t: context would actually detract from the impression he is trying to create here.

“There are neighbourhoods with some of the highest population densities in the world.”

In the report’s written version that claim is accompanied by a handy graphic.

How fortunate too that the BBC’s former Gaza correspondent does not find himself in Tel Aviv, Jerusalem or any of the other cities mentioned below. 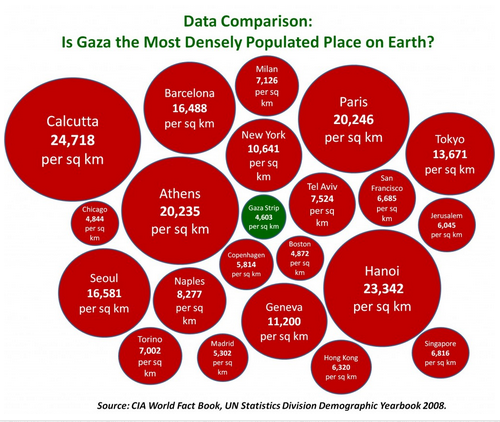 And, coming as he does from Sheffield, Jon Donnison should definitely be aware of the fact that the population density of that city’s urban area is not too far behind that of the Gaza Strip (4,092 people per km2 in 2011) – making his “highest population densities in the world” party trick all the more passé.