Readers may recall that in early April we noted the following antisemitic slur made by guest Alpesh Patel during a BBC News broadcast. 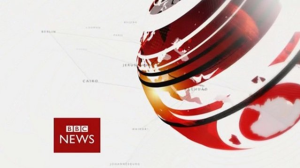 As was also noted at the time, the EUMC Working Definition of Antisemitism includes the definition below:

“Making mendacious, dehumanizing, demonizing, or stereotypical allegations about Jews as such or the power of Jews as collective — such as, especially but not exclusively, the myth about a world Jewish conspiracy or of Jews controlling the media, economy, government or other societal institutions.”

Viewer Mr Stephen Franklin complained to the BBC about that broadcast and the reply he received included the following:

“I understand you were unhappy with comments made which you felt were anti Semetic [sic] about an Israeli [sic] lobby group.

Nothing is included in our broadcasts with the intention of causing offence and we are sorry if you felt this way.

However, the comments were made by contributor to the programme, Alpesh Patel and were his own views which aren’t representative of the BBC.

It’s also worth noting that across our News broadcasts a range of guests and contributors feature ensuring a wide range of views and opinion are included.

However, I can assure you we appreciate your feedback and your complaint has been registered on our audience log. This log is made available to all members of the BBC, including the News teams and senior BBC management and ensures your comments and others we receive are considered across the BBC.”

Hang on there: is the BBC really claiming that if a contributor appearing on one of its programmes makes racist remarks that is alright because his or her views “aren’t representative of the BBC”? Such a claim clearly has very far-reaching implications as far as all BBC content is concerned and certainly BBC editorial guidelines would suggest otherwise.

Obviously, Mr Franklin was not satisfied with that response and so he contacted the BBC again, with the relevant sections of the reply he received reading as follows:

“Thanks for getting back in touch regarding the BBC News Channel. We apologise for the delay in replying. We appreciate our correspondents expect a quick response and we’re sorry you‘ve had to wait on this occasion.

We raised your concerns with the relevant editorial staff at BBC News.

They explained that paper reviewers feature in order to give their own take on the stories of the day. On this occasion Alpesh Patel reflected on his own experience having worked in Washington while discussing a story on a Palestinian push for UN recognition. Mr Patel acknowledged that his comments on the conflict would garner attention on social media, given the divisive nature of the subject. That said, it is clearly inaccurate to say that AIPAC controls the US government and we accept the assertion should have been challenged.

We hope this goes some way in addressing your concerns.”

So now the BBC obfuscates the issue of the racist slur by trying to suggest that the real issue at stake is the “divisive nature” of the topic of the PA push for UN recognition. That subject certainly is one for debate, but it was perfectly possible for Alpesh Patel to take part in the discussion without the casual introduction of that racist slur and one imagines that the majority of licence fee payers would prefer to see the BBC taking a much more robust stance against the introduction of racist slurs of any type into debates which are part of its content.

The problem is, of course, that the BBC relates to this as an issue of accuracy alone, refusing to recognise the statement’s antisemitic nature and – yet again –  bizarrely affording itself the authority to decide what is and what is not racist.

The more technical question which arises from this exchange of correspondence is how the BBC intends to inform audiences that Patel’s factually inaccurate racist slur “should have been challenged” and whether Mr Patel (or others) will be invited back to offer any other racist ‘reflections’ concerning additional ethnic groups.

The numbers behind BBC promotion of the ‘Israel lobby’