As readers may recall, in early August an article published on the BBC News website inaccurately informed audiences that: 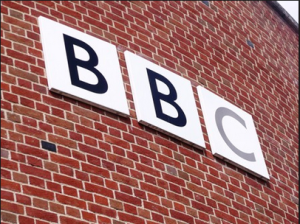 “Israel has used administrative detention against Palestinians but not against Jewish suspects.”

A correction was subsequently made to that report and additionally, the Jewish Chronicle brings news of the BBC’s response to a complaint concerning the same inaccuracy in other BBC content.

“The BBC has apologised for a radio report which inaccurately claimed that Israeli authorities only detained Palestinian terror suspects without trial.

The Radio 4 news report came after an arson attack on a Palestinian family in the West Bank town of Duma in July, which resulted in the death of a mother and father and their 18-month-old son. At the time, Jewish extremists were detained on suspicion of committing the atrocity. [the detentions were actually related to a different case – Ed.]

However, the BBC claimed that: “The process, known as administrative detention, has previously been used only against Palestinian militant suspects.”

The report sparked a complaint from Noru Tsalic, an Israeli blogger who heard the broadcast. He described it as “bias and inaccuracy in reporting”. […]

In an email, a BBC spokesman told Mr Tsalic, from Bushey in Hertfordshire: “We have discussed the matter with senior editorial staff at the radio newsroom and they see your point.

“The script shouldn’t have referred to administrative detention only being used against Palestinian militant suspects.

Concurrently, several members of the public have informed us of receipt of the following reply to complaints concerning the headline to an article about a terror attack in Jerusalem – “Palestinian shot dead after Jerusalem attack kills two” – which appeared on the BBC News website on October 3rd.

That’s a whole lot of ‘discussing’ going on.

0 replies on “BBC responses to complaints on accuracy failures”