BBC audiences heard a lot about the PA economy in the last two weeks but only one report on salaries to terrorists.

Over the past couple of weeks BBC audiences have seen repeated, but largely monochrome, explanations of why the Palestinian economy is in the state it is on a variety of platforms. For example: 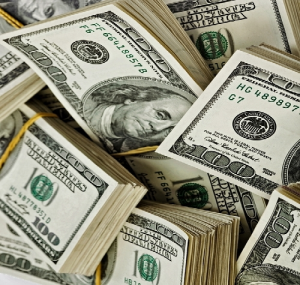 “…the most important reasons for the feeble Palestinian economy are tied to the 52-year-old Israeli occupation.”

“…in order to have a successful economy any country is going to need control over its own territory, the ability to trade and to export, the ability to develop a vibrant labour market, the ability to create a supportive investment infrastructure and the Palestinians have none of these economic freedoms.” BBC Radio 4, ‘Today’, 26/6/19

“Instead of the White House promising aid or outside investment, Mdees Khoury says a lot could be achieved by finding ways to ease Israeli restrictions – measures Israel says are for its own protection. For her family’s firm, these can mean costly delays of imports and in distribution to local and foreign markets, which is via Israeli checkpoints and ports.”

“But in Gaza, where the economy’s stagnated in the past decade, there’s less optimism. Israel and Egypt tightened border controls, citing security concerns…” BBC WS radio, ‘Newshour’, 25/6/19 and 26/6/19 and also BBC Radio 4

“Instead of promising aid or outside investment, she says, a lot could be achieved by finding ways to ease Israeli restrictions – measures Israel says are for its own protection.

For her firm, these can mean costly delays in imports of hops, malt and yeast as well as in distribution to local and foreign markets, which is via Israeli checkpoints and ports.

“There needs to be international pressure on the Israelis to loosen up because Palestinians are very smart people, they’re very determined and if they just get the chance to be left alone they could thrive and succeed,” she says.” BBC News website, 25/6/19

“If you really want to unleash the Palestinian economy, given that we have the best human capital there is – you know we have one of the highest PhD per capita graduates worldwide. We have a very young society. We have a very rich natural resourced country. We have shores on the Mediterranean, on the Dead Sea. All what we need is simply freedom, sovereignty – economic sovereignty – and I assure you we Palestinians are absolutely capable to build our very prosperous economy.” BBC Radio 4, ‘The World Tonight’, 24/6/19

“…the economy of the Palestinian Authority is on its knees, clearly informed by the occupation…” BBC WS radio, ‘Newshour’, 20/6/19

“The Israelis are withholding my funds, my revenues and the Americans are cutting all my aid and now they have these tears on [for] me?” BBC Radio 4, ‘Today’, 20/6/19

Only one of those many reports relating to the Bahrain economic workshop dealt with the relevant issue of the Palestinian Authority’s payment of salaries to terrorists and the economic results of that policy. In that report – versions of which were aired on BBC domestic radio and on BBC World Service radio – Yolande Knell spoke of:

“…a recent decision by Israel’s government to cut $140 million a year from the taxes they collect on behalf of the Palestinian Authority – a sum equivalent to the payments made to prisoners and relatives of Palestinians who’ve been killed.”

“But the latest change has been a crisis in the Palestinian market. PA leaders refused their incomplete tax transfers from Israel and that’s left them with a huge budget shortfall. Prisoner wages haven’t been touched but salaries have been cut for tens of thousands of Palestinian civil servants…”

A new report by Palestinian Media Watch reveals that “prisoner wages” have in fact “been touched” – they rose by 11.8% in the first five months of 2019.

“The Palestinian Authority has finally publicized its monthly financial expenditures for the first 5 months of 2019. They show that the PA has paid no less than 234,172,000 shekels (over $65 million), or, on average, 46,834,400 shekels/month in salaries to terrorist prisoners (including released prisoners) in spite of its self-imposed financial crisis.

Although BBC audiences have been told in recent weeks that the PA “is on the verge of financial collapse”, “is in a dire financial state” and “could be bankrupt by July or August” – with the blame laid firmly at the door of “Israeli restrictions” and “the occupation” – it is unlikely that they will see any reporting on this new information concerning the background to a “crisis” which PA officials bemoaned in BBC interviews, all the while knowing that their own government had elected to exacerbate the situation by allocating higher rewards to convicted terrorists.