I suspect that I am not the only one who had been wondering how long it would take for this to happen.

And so, less than 72 hours since the commencement of Operation ‘Pillar of Cloud’ and with 3.5 million Israeli civilians under rocket attack, it has: a BBC journalist has dusted the cobwebs off that tried and trusted old favourite – ‘disproportionate’. 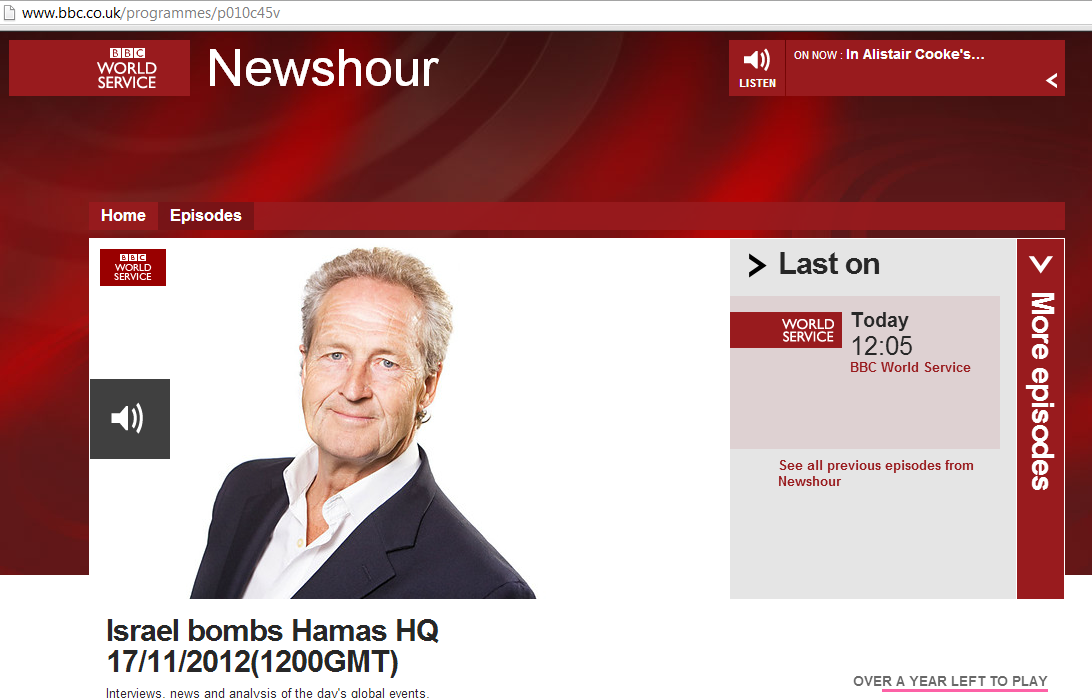 Here is Julian Marshall of the BBC World Service’s ‘Newshour‘ interviewing a resident of Jabaliya, Lt Col Avital Leibovich of the IDF Spokesman’s unit and the BBC’s own Jon Donnison. Listen from 0:30 to the end of the item, but in particular at 8:05 when Marshall says:

“I think one of the observations made by critics of Israel is that you always respond disproportionately and – ah – in a way the figures tell the story. Since this offensive of yours began, 39 Palestinians have been killed, three Israelis. There’s a disproportionate use of force going on here.”

Despite the fact that the number of Israeli casualties is significantly reduced as a direct result of the incredible lengths to which Israel goes to protect its civilians, including the construction of air-raid shelters, the system of alerts warning of incoming missiles and the missile-intercepting Iron Dome – and despite the fact that the Hamas government in Gaza has never taken any remotely equivalent steps – it seems that for some journalists, Israelis will always be to blame until they begin dying in what outside observers consider to be large enough numbers.

Even then, however, journalists such as Marshall will probably not be capable of making the all important distinction between tragic accidental deaths in Gaza which come as a result of the deliberate placing of terrorist infrastructure in residential neighbourhoods and the calculated targeting of civilians in Israel.

One cannot but wonder what sort of ‘proportionate’ response Julian Marshall would demand from his own government had his children been under constant attack for more than a decade.