In March 2012, the UN Human Rights Council accepted a draft resolution proposed by Bolivia, Cuba, Palestine, Mauritania (on behalf of the Arab group), Pakistan (on behalf of the Organisation of Islamic Cooperation, or OIC) and Venezuela to: 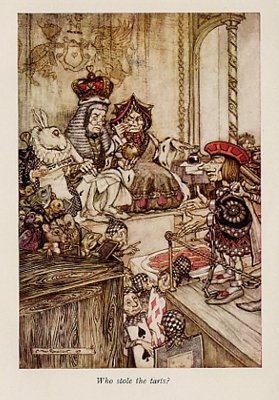 “…dispatch an independent international fact-finding mission, to be appointed by the President of the Human Rights Council, to investigate the implications of the Israeli settlements on the civil, political, economic, social and cultural rights of the Palestinian people throughout the Occupied Palestinian Territory, including East Jerusalem, with a mandate ending on submission of a report to the Council, and calls upon Israel, the occupying Power, not to obstruct the process of investigation and to cooperate fully with the mission.”

The subject of the OIC’s ability to influence the UN agenda has also been discussed on these pages before.

“One of the OIC’s aims, according to its founding charter is:

“To support and empower the Palestinian people to exercise their right to self-determination and establish their sovereign State with Al-Quds Al-Sharif as its capital, while safeguarding its historic and Islamic character as well as the Holy places therein”

Another of the OIC’s aims is expressed thus:

The OIC is of course the same organization which claims to have been the initiator of the Goldstone Report, which is famous for its serial sponsorship of anti-Israel resolutions at the UN, which rejects internationally-accepted standards of universal human rights and demands Shari’ah-based “human rights” instead and which has been pressuring the UN to adopt “global blasphemy laws“.

“Ekmeleddin Ihsanoglu, secretary-general of the Organization of Islamic Cooperation (OIC), said the international community should ‘come out of hiding from behind the excuse of freedom of expression’, a reference to Western arguments against a universal blasphemy law that the OIC has sought for over a decade”.”

But if the political agenda behind this latest UN HRC report was not sufficiently transparent, that point was clarified by the chair of the ‘fact-finding mission’ Christine Chanet (a woman with an existing record of partisan statements in relation to Israel) who reportedly told a press conference that the report could be “a kind of weapon for the Palestinians”.

“French judge Christine Chanet said at a news conference that the Palestinians could use the UN Human Rights Council (HRC) report, if they wanted to, take their grievances before The Hague-based International Criminal Court.”

As is known, Israel did not cooperate with the UN HRC ‘fact-finding mission’, the conclusions of which were of course entirely predictable in advance. The Israeli government’s official reaction to the report can be read here. The report (available here) relies heavily on information gathered from certain politically motivated NGOs  but its authors failed to refer to submissions from other sources. A critique of the report can be read here.

Excepting the boilerplate inclusion of the Israeli government’s official statement regarding the UN HRC report, one would not know from the BBC’s coverage of the subject that there was anything controversial about the report itself or the body which commissioned it. In an interview with the Israeli Foreign Ministry spokesman Yigal Palmor for BBC television news, the presenter promoted both the notion of ‘settlements as an obstacle to peace’ and erroneously declared that “Israel is building more and more settlements”. Ironically, much of that interview took place against a background of filmed footage of one of the recent Palestinian attempts to establish an illegal outpost on the area known as E1 – actions which, as already noted here, the BBC apparently does not deem to be included among the  ‘obstacles to peace’.

Particularly disturbing is the fact that on the Middle East homepage of its BBC News website on January 31st – the day of the UN HRC report’s release – the BBC chose to use wording directed at a specific group of people rather than the towns and villages which some chose to call settlements.

On a webpage specifically directed at audiences in a part of the world in which people have been killed because others decided to take offence at a cartoon or a video clip, that choice of wording is not only inaccurate and partial, but also grossly irresponsible.