Well, I’ve looked and looked and nowhere in the Europe section of the BBC News website can I find it. 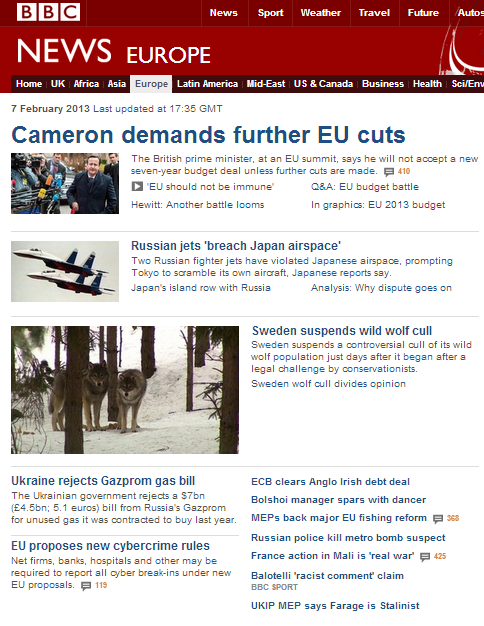 Neither is it on the special European Union-dedicated “Inside Europe” page, or on the Middle East page, and a Google search did not turn up anything on the BBC’s website even vaguely connected to the subject from more recently than 2006.

What am I looking for? A BBC report on this announcement from earlier in the week:

“A European Union court has ruled that the EU should lift sanctions it imposed on one of Iran’s largest banks, the second such judgment that could complicate Western efforts to increase pressure on the Islamic Republic.

The ruling further weakens the EU’s sanctions regime imposed against Iran’s nuclear program, just weeks before six powers are due to resume stalled negotiations with Iran aimed at addressing fears that Tehran is seeking the bomb.”

The ruling can be read here.

The fact that the BBC’s Europe editor can apparently consider such a decision unimportant enough to report – particularly at this time – is quite mind-boggling.