As we know, the BBC claims that:

“A member of the audience who watches, listens and reads the full range of our output should be coherently and cogently

informed about events in Israel and the occupied territories, and should better understand the complex forces that are at work.”

Of course the accuracy and impartiality of that output, including the material on the BBC website, depends to no small extent upon the BBC’s choice of sources – in particular when it quotes ‘expert opinions’.

Many readers will probably have heard of the think tank ‘Conflicts Forum’ which was established in 2004 by Mark Perry (who later left) and Alistair Crooke – a former MI6 operative who reportedly got too close to Hamas for the comfort of his employers.

Conflicts Forum’s Board of Advisors used to be graced by Hamas supporter and suicide bombing fan Azzam Tamimi and former Guantanamo detainee Moazzam Begg. Currently on its board are, among others, former Mavi Marmara passenger Ismail Patel of ‘Friends of Al Aqsa‘, Global March to Jerusalem and Airflotilla endorser Ronnie Kasrils and Hillary Mann-Leverett.

Among the contributors to Conflicts Forum is Khaled Amayreh who – as the CST has pointed out – has a dismal record of antisemitism. Conflicts Forum has produced a periodical entitled “Cultures of Resistance“, the first volume of which at least was in part financed by the UK registered charity the JA Clark Charitable Trust, which made donations to Conflicts Forum in 2007, 2008, 2009 and 2011 at least. A perhaps former trustee (the entries on the Charity Commission website are not up to date and the website of the charity itself is not public), chair and founder of that charity – Tom Clark – also sits on the Conflicts Forum board.  Writing in the first volume of that periodical (p. 26) – alongside Massoud Shadjareh and Arzu Merali of the IHRC  – Clark stated:

“There is a wide constituency in the West who want to know more and are confused and angry about what is happening in the Middle East. But whilst US/Israel have a strangle-hold on international media, little is revealed.”

Conflicts Forum’s projects coordinator Aisling Byrne reflected the organisation’s approach when she wrote in January 2012 on the subject of the uprising in Syria that:

“What we are seeing in Syria is a deliberate and calculated campaign to bring down the Assad government so as to replace it with a regime ‘more compatible’ with US interests in the region.”

Broadly speaking, Conflicts Forum is a Western-sounding mouthpiece for the Iranian regime and its various client militias such as Hamas and Hizballah, as well as Iranian allies such as the Assad regime.

In 2007, with EU funding, Conflicts Forum produced a report (now strangely absent from the internet) detailing strategies to rebrand the proscribed terrorist groups Hamas and Hizbollah in the West as proponents of “social justice” and specifically promoting “Hamas’ and Hezbollah’s values, philosophy and wider political and social programmes”.

“We need to clarify and explain that Islamist movements are political and social movements working on social and political justice,” the report explains, “and are leading the resistance to the US/Western recolonisation project with its network of client states and so-called ‘moderates’.” It claims “the progressive space of social movements [in the West] is empty” and asks, “how the West can learn from the values and the notion of society that Hezbollah and Hamas have at the centre of their philosophy?”

Of course, access to the mainstream media dovetails with the Conflicts Forum strategy very well, but one would expect members of the media organisations themselves to be aware of the organisation’s background and aims before using quotes from its officials.

An article going under the title “Hezbollah: Terrorist organisation or liberation movement?“, dated October 2011 and written by Owen Bennett-Jones (a version of which was also broadcast on BBC radio at the time), still comes up on the BBC website in a search there for information on the Iranian backed terror organization. Among others, that article features a quote from Conflicts Forum’s Alistair Crooke.

“Others, such as Alistair Crooke, disagree. A former British intelligence agent, he now runs a think tank in Beirut through which he has frequent contact with Hezbollah. “They are a resistance movement,” he says. “They are a liberation movement.” “

Of course Bennett-Jones provides no information for his readers as to Crooke’s real background (or even the name of his organization) and he certainly does not inform them that the entire raison d’etre of Crooke’s think tank is to turn that terrorist organization into something more palatable to Western minds.

Bennett-Jones also quotes Nicholas Noe, describing him as someone who “has compiled the collected speeches and interviews of the Hezbollah leader”.  An intermittent Guardian contributor and founder and editor-in-chief of Mideastwire (which includes Conflicts Forum on its sidebar), Noe is also renowned for his wrapping of the Hizballah message in a form more persuasive to Western audiences.

What Bennett-Jones fails to inform his own readers is that Noe’s organization also runs Arabic language courses, a prime selling point of which is the opportunity to rub shoulders with Hamas and Hizballah.

“When Amtissal signed up to learn Arabic in Beirut, she was in for a bonus: class trips to the offices of Hezbollah and Hamas, both classified as terrorist organizations by her native America.

“It was an amazing experience,” the U.S. media studies graduate told AFP. “We saw the difference between television and reality.”

For 21-year-old Andrew Waller, the Beirut Exchange was a golden opportunity to hear the voices of groups he had only read about.

“Meeting Hezbollah was an experience I really treasure,” said Waller, an economics student at the University of Exeter in Britain.” 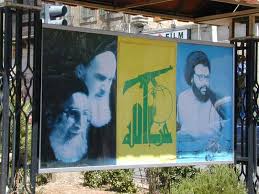 commercial interests which rely upon remaining in the good books of Iranian proxy terrorist organisations.

When the BBC filters information and analysis for distribution to its audiences it is essentially shaping the subsequent opinions formed on the basis of that knowledge. When it decides to use sources commercially and/or ideologically linked to the very organization about which it is supposed to be providing information – especially when it does so without disclosing those relationships – it cannot be said to be providing objective, accurate and impartial information for the purpose of enhancing its audiences understanding of “complex issues”. Instead, the BBC becomes a partner in a PR campaign run by terrorist sympathisers.