In the past few days the BBC News website’s Middle East page has run two items about the resignation of Salam Fayyad from the post of prime minister of the Palestinian Authority. One is a news report from April 13th titled “Palestinian Prime Minister Salam Fayyad resigns” and the other is an April 16th article by Jon Donnison entitled “What next as Palestinian PM Salam Fayyad resigns?” placed under the “Features & Analysis” banner.

Both articles rightly take note of the tensions between Fayyad and PA President Mahmoud Abbas – together with his Fatah faction – which preceded the former’s resignation, although they do little to explain just how far back those tensions actually go to their readers.

“His resignation is the climax of long-running and increasingly bitter dispute between the prime minister and the president.

They have been at odds over economic policy since Finance Minister Nabil Kassis quit last month, and rumours were rife that Mr Fayyad would step down.

“Those close to him say Mr Fayyad has become increasingly frustrated with Fatah officials and others within the government trying to undermine him.

There are said to be disagreements with Mr Abbas over the handling of the struggling Palestinian economy.”

Both reports fail to explain adequately to readers how Salam Fayyad came to be involved in Palestinian politics in the first place and how that history colours his relationship with Fatah and the Palestinian street. 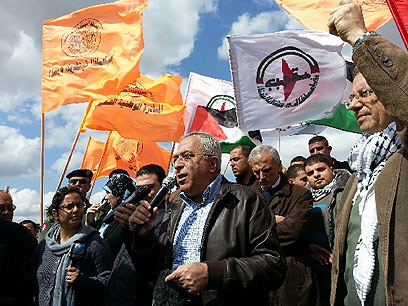 “Since its establishment in 1994 the Palestinian National Authority has been financed by donor contributions and its financial affairs overseen by the IMF [International Monetary Fund] and the World Bank. Despite tutorage from international financial institutions, some $900 million of revenues were diverted by Chairman Arafat to non–PA bank accounts between the years 1995 to 2000, very little of which was recovered. Concerns raised by the international community at various Ad Hoc Liaison Committee conferences were ignored by the PA until the IMF Resident Representative Dr. Salam Fayyad initiated a plan of reform in 1999. However, the proposed reforms were not fully implemented and a second wave of reform had to be initiated in 2002 when Salam Fayyad was appointed as Minister of Finance to the PA.”

In other words, Fayyad was the international community’s way of trying to deal with PA corruption: a fact which has not contributed to his popularity at home, as Khaled Abu Toameh explains here.

“Abbas and Fatah leaders see the US-educated Fayyad, who was appointed prime minister in 2007 at the request of the US and EU countries, as a threat to their control over the Palestinian Authority in general and its finances in particular.

Were it not for US and EU intervention, Abbas and Fatah would have removed Fayyad from his job several years ago.

Each time Abbas considered sacking Fayyad, US and EU government officials stepped in to warn that such a move would seriously affect foreign aid to the Palestinian Authority.”

The disagreement between Fayyad and Abbas (now in the ninth year of his four-year term of office) over the resignation of the former Finance Minister Kassis (also spelt Qassis) has much deeper roots than the BBC report suggests.

“The Fatah leaders are yearning for the era of Yasser Arafat, when they and others were able to lay their hands on millions of dollars earmarked for helping Palestinians.

In a bid to regain some form of control over the Palestinian Authority’s finances, last year Abbas exerted heavy pressure on Fayyad to appoint [Abbas loyalist] Nabil Qassis as finance minister.

Until then, Fayyad had held the position of finance minister in addition to the premiership.

Earlier this year, Fayyad, in a surprise move, announced that he has accepted the resignation of Qassis without providing further details.

Shortly afterwards, Abbas issued a statement announcing that he has “rejected” the resignation of the finance minister.

Fayyad has since refused to comply with Abbas’s demand and reinstate Qassis.”

Both reports also relate to the subject of the potential effects of Fayyad’s resignation on peace negotiations. The April 13th report states:

“A BBC correspondent says Mr Fayyad’s resignation is a major blow for US efforts to restart the long-stalled peace process with Israel. […]

The BBC’s Wyre Davies in Jerusalem says Mr Fayyad was seen as a key person in US attempts to restart peace negotiations with Israel.

President Abbas may now struggle to replace him with someone who can match his level of international credibility, our correspondent says.”

“If he is to go, it would be a serious blow to the United States, which has recently re-launched efforts to try to breathe life into a comatose Israeli-Palestinian peace process.

Mr Fayyad, a US-educated economist and a former official at the International Monetary Fund, is widely perceived as being a moderate whom America and the international community could work with.”

Neither of the articles, however, provides the context necessary for readers to understand what Fayyad’s resignation really exposes as far as the commitment to the peace process inside the PA and on the Palestinian street is concerned.

For several years the international would-be midwives of a Palestinian state have focused their efforts on institution building, in accordance with Salam Fayyad’s vision of ‘bottom up‘ state-building as set out in his ‘Reform and Development Plan‘.

“It was in the aftermath of the implosion of the PA following the Hamas coup in Gaza that by then, Prime Minister (albeit unelected) Salam Fayyad presented his Reform and Development Plan 2008–2010 to the Paris Conference and received international support for his initiative. World Bank monitoring of the success in implementing this plan forms the basis of recent assessments regarding the PA’s readiness for statehood.

The Reform and Development Plan focuses on issues of economy, finance and infrastructure of government and social services. Many of the areas cited for attention and improvement are exactly the same ones as those highlighted in numerous previous reports and reform plans such as government transparency, financial accountability, local government reform, the development of the private sector, the reduction of the number of employees in the public sector, pension reform, the rule of law and judicial reform. As in the past, the implementation of the Reform and Development plan hinges entirely upon continued foreign financing of the PA.”

However, the internationally approved focus on institution building as a basis for a Palestinian state did nothing to tackle the subject of the preparation of Palestinian society for peace with its neighbours – ignoring, for example, the subject of PA approved incitement against Israel, the official glorification of terrorism and the payment of salaries to convicted terrorists. 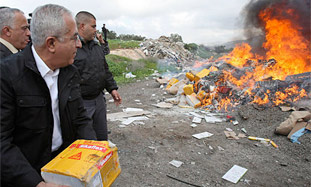 Not only was it always plainly ridiculous to base peace plans on the presence of one man considered by Western donors to be trustworthy, but the failure – including by Fayyad himself – to address incitement against Israel and the status of terrorism within Palestinian society as obstacles to a peace agreement ultimately contributed to Fayyad’s unpopularity on the Palestinian street.

“Fayyad has no grassroots support or political power bases among Palestinians.

He does not have a strong political party that would be able to compete with Fatah.

Nor does he have his own militia or political backing, especially in the villages and refugee camps of the West Bank.

In the 2006 parliamentary election, Fayyad, who was graduated from the University of Texas at Austin, ran at the head of an independent list called Third Way. He won only two seats in the Palestinian Legislative Council.

Most Palestinians did not vote for Fayyad because he had never played any active role in the fight against Israel. For Palestinians, graduating from an Israeli prison is more important than going to any university in the world.

The Palestinians’ problem with Fayyad is that he did not sit even one day in an Israeli prison.

Had Fayyad killed a Jew or sent one of his sons to throw stones at an Israeli vehicle, he would have earned the respect and support of a large number of Palestinians. In short, Palestinians do not consider Fayyad a hero despite his hard efforts to build state institutions and a fine economy.”

Whilst BBC journalists debate whether Fayyad will stay or go and what effect that might have on the peace process, they – like many of Fayyad’s supporters in the West – apparently fail to realize that peace is about a lot more than one particular personality. Given the BBC’s default placing of blame for the failure of the peace process on a variety of exclusively Israeli causes (be they ‘settlements’ or the perceived disinterest of the Israeli government), it is hardly surprising  that it fails to provide its audiences with comprehensive explanations of the long-existing fault lines within the PA which Fayyad’s resignation exposes. That leaves BBC audiences with a one-dimensional view of the peace process and the reasons for its failure to bear fruit.