The June 13th 2013 edition of ‘From Our Own Correspondent’ – broadcast both on BBC Radio 4 and on the World Service – included an item by Bethany Bell (usually to be found in Vienna) reporting from the Golan Heights and a second item from Yolande Knell in the Gaza Strip.

Concurrently, an article based on Bell’s report appeared in the Magazine section of the BBC News website on June 14th, as well as on its Middle East page.

Bell’s report focuses on the residents of the four Druze villages in the northern Golan Heights, currently busy with the cherry picking season. Like most journalistic forays into the area it presents a monochrome picture of the Golan’s Druze community, putting the accent upon their self-identification with Syria and – in the majority of cases – their support for the Assad regime, but obviously without understanding the background to those factors. Bell says:

“Traditionally the Druze have had close religious and political ties to the family of the Syrian leader Bashar al Assad. The secretive Druze religion, like Mr Assad’s Alawite sect, draws on branches of Shia Islam and strong Syrian nationalism has tended to mean loyalty to the Assads.”

Bell makes little attempt to dig deeper, apart from her brief paraphrasing of one interviewee.

“But lots of people in the Golan are still in the middle and they’re too frightened to take part in [anti-Assad] protests they’ve seen here because they’re worried that could hurt their relatives in Syria.”

Listeners to Bell’s report are left in ignorance of the fact that a proportion of the Druze living in the northern Golan already hold Israeli citizenship and that those numbers have risen since the beginning of the civil war in Syria. They are not told of economic aspects such as the free tuition in Syrian universities which the Golan Druze have enjoyed for years or that Druze apple farmers, who were convinced this last season that they were going to be left with a business-destroying glut of fruit, were surprised and relieved when the Assad regime once again purchased their produce despite the ongoing civil war. Neither does Bell appear to be in the least bit curious about the wider connections of the minority of activists who openly oppose the Assad regime.

Having laid the groundwork for homogeneous BBC audience impressions of ‘occupied Syrians’ on Israel’s north-eastern border, the programme later moves on to the job of maintaining existing impressions about its south-western one with Yolande Knell’s report from the Gaza Strip.

In that report audiences hear an introduction by presenter Kate Adie in which she says:

“Thousands of Palestinians marched from Gaza City to close to the Israeli border the other day to demand the liberation of east Jerusalem which was occupied by Israel in the 1967 Middle East war.”

The event to which Adie refers was actually one of the events organised by the ‘Global March to Jerusalem’ campaign: a conglomeration of Islamists from Hamas, the Muslim Brotherhood and the Iranian regime, among others, but Adie’s reference to the event fails to inform listeners of that fact.

Adie also states in her introduction that:

“Israel continues to impose sanctions on Gaza. The blockade limits the movement of goods in and out of the Strip.”

Yolande Knell, however, opens her report with a tale of KFC fast food smuggled into the Gaza Strip from El Arish in Egypt and Hamas limitations on that enterprise – neither of which of course have anything whatsoever to do with Israel. But Knell is soon back on target, with references to “daily hardship” and “food rations” and explaining to listeners that:

“Their struggle’s largely caused by border restrictions that were tightened by Israel and Egypt in 2007 when Hamas – which refuses to recognise Israel – took control here.”

Knell’s meticulous airbrushing of the very significant subject of terrorism out of the picture continues throughout her report, compromising its impartiality and accuracy. Later Knell says:

“While border restrictions have been reduced, there are still regular power cuts and a ban on most exports. This constricts industry and unemployment is high at around 30%.”

The power cuts in fact have their roots in Hamas policies dating back to 2011:

“Meanwhile, Hamas has stopped buying fuel for the Gaza power plant from the Palestinian Authority. The fuel, which was itself purchased by the PA from Israel, is believed to have been replaced by a steady supply of fuel smuggled in from Egypt through the Rafah tunnels.

This is a significant coup for Hamas, from an economic point of view.

Hamas previously received 150,000 liters of fuel per day from Israel, via the Palestinian Authority.”

That Hamas plan went sour when Egypt began clamping down on smuggling through the tunnels, but Western journalists such as Knell still insinuate that power cuts in the Gaza Strip are Israel’s fault.  Likewise, Knell’s banal claim that “most exports” are “banned” is simply a fabrication and fails to provide listeners with the context of the effects of terror activity upon the crossings. 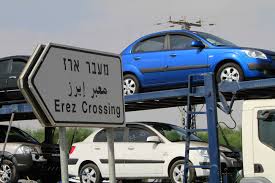 Knell employs the same policy of omission of context in her story of Gazans “playing football on a field partly obliterated by an Israeli air strike” – without clarifying whether that same football field was one of those used to launch missiles at Israeli civilians. Her tales of “classic cars repaired for everyday use” and “Gazans resorting to donkeys when their cars ran out of fuel” naturally omit any mention of the latest craze for brand new Chinese cars in the Gaza Strip.

But Knell’s aim in this report is very clear: what listeners are supposed to go away with is not accurate and impartial insight into the situation in the Gaza Strip or new knowledge about it, but the much peddled emotion-directed message that:

“Gaza specializes in tales of creativity in overcoming adversity.”

Knell’s final story is that of Mohammad Assaf – a contestant in the ‘Arab Idol’ reality show who Knell claims is “a new hero” in the Gaza Strip, describing his participation in the show “another triumph in tough times”. Naturally, Knell avoids any mention of the fact that Assaf’s song, which she reports as being extremely popular in Gaza, eradicates Israel from the map of the Middle East.

‘From Our Own Correspondent’ claims to offer:

“Insight, wit and analysis as BBC correspondents, journalists and writers take a closer look at the stories behind the headlines.”

Neither of these items by Bell and Knell meets that description. In fact, both reports actually do more to hinder audience insight than to promote it. There is something fundamentally disturbing and condescending about the attempts by Yolande Knell – and to a lesser extent, Bethany Bell – to shoehorn local populations in the Middle East into their own pre-existing tendentious narratives either by deliberate omission of context in the case of the former, or a lack of curiosity to look beyond the obvious in the case of the latter. That is made even more grave by the fact that these are journalists supposedly obliged to adhere to standards of accuracy and impartiality.