One of the notable features of BBC reporting on terrorism and security-related incidents in Israel and the areas controlled by the Palestinian Authority or Hamas is its patchiness. Reports tend to focus on incidents which result in fatalities, for the most part ignoring the many more incidents in which, thankfully, no-one is killed.

During the month of September 2013, for example, we see that the BBC elected to report on three security-related incidents: the death of a PIJ activist in Jenin, the murder of Sgt.Tomer Hazan and the killing of St. Sgt.Gal Kobi in Hebron.

But of course many more incidents went completely unreported by the BBC, meaning that BBC audiences receive a very partial – and hence distorted and inaccurate – picture of the situation.

The Israel Security Agency’s monthly report for September (Hebrew) notes a sharp rise in incidents during that month – 133 compared to 99 in August – with 104 of the attacks taking place in Judea and Samaria.  BBC audiences of course remain unaware of all non-fatal incidents, just as they are also unaware of the majority of missile attacks on Israeli civilian communities.

In the first nine months of 2013, thirty-three missile hits were identified in southern Israel, including five in Eilat. The number of missiles 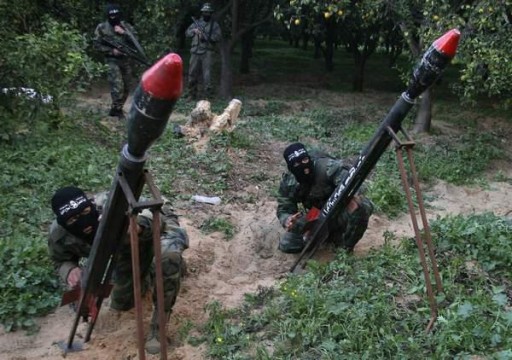 actually fired is higher: a relatively large proportion of them fall outside Israeli territory, endangering the civilian population of the Gaza Strip.

But how many of those attacks have been reported by the BBC? The first instance of missile fire to breach the ceasefire which ended Operation Pillar of Cloud was reported on February 26th. Five missiles fired from the Gaza Strip on March 21st received only a brief (and inaccurate) mention from the BBC at the bottom of an article about Obama’s visit to Israel.  Missile fire on April 3rd was covered (highlighting the Israeli response), as were the April 17st attacks on Eilat, but attacks from the Gaza Strip on April 18th and 21st were ignored, and those at the end of April only got a cursory mention in a later article. Attacks on May 2nd went unreported, as did those on Eilat and all attacks on the Western Negev during the month of July.  Likewise, attacks in August and September received no BBC coverage.

Whilst it may not be realistic to expect the BBC to produce individual reports on every single incident (even the local media does not always manage to keep up with the pace of events), it is nevertheless vital for audience understanding – and BBC adherence to its own ‘Public Purposes’ and guidelines of accuracy and impartiality – that context and background information with regard to the scale of security incidents which Israel faces is regularly provided.