Before we realized the identity of the author of the an essay published a various fringe websites on March 17th, it almost seemed to us like a Purim Spiel.

The once well-respected Guardian has been reduced in recent years into a lame Zionist mouthpiece – a light Jewish Chronicle for Gentiles consumption.

So, what did the Guardian do to run afoul of the sensibilities of the following prolific critic of international Jewry? 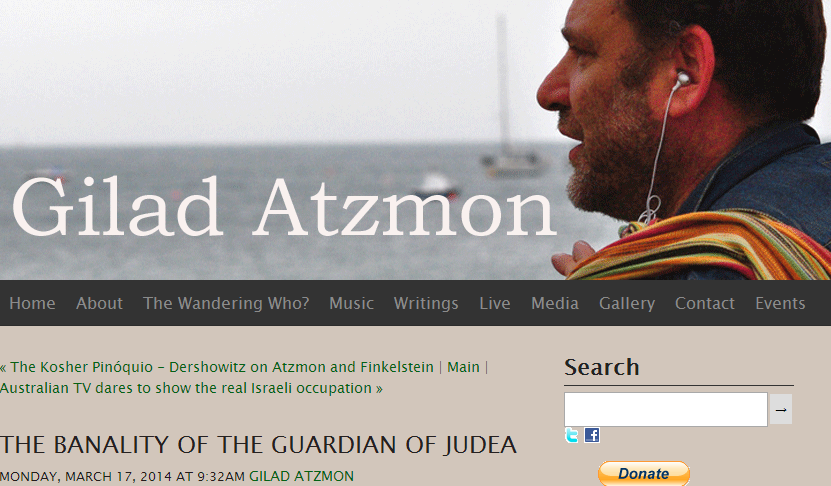 Last week, the paper launched an attack on Martin Heidegger, the 20th century’s most influential philosopher.

Heidegger’s ‘Black notebooks’ reveal antisemitism at core of his philosophy” the paper’s headline read.  But what does that mean? Was Heidegger really a Jew hater? Did he oppose people for being ethnically or ‘racially’ Jewish or was he, instead, critical of Jewish politics, culture, ideology and spirit?

According to the ‘progressive’ British Guardian, the newly published Black Notebooks reveals that Heidegger saw ‘world Judaism’ as the driver of “dehumanising modernity”.

Heidegger was a German patriot. As such he knew very well that it was Zionist leadership and German Jewish bankers in America that facilitated the entry of the USA into the first world war (in return in part for the 1917’s Belfour Declaration that promised a national home for Jews in Palestine). In that regard, Heidegger, like his contemporaries, had good reason to believe that Germany was betrayed by its Jewish elite.

Indeed, Philip Oltermann, the author of the Guardian review, explained that the notion of the dehumanizing influence of world Judaism was propagated in the Protocols of the Elders of Zion, the forgery purporting to reveal a Jewish plan for world domination, which would explain why Atzmon – a blogger and Jazz Saxophonist who dabbles in neo-Nazi style politics – was so appalled by the attack on Heidegger.

Though the Guardian – or the ‘Guardian of Judea’ as Atzmon risibly calls it – is no slouch when it comes to legitimizing the toxic narrative warning of the ‘injurious influence’ of Zionist power in the US, they’re clearly not at the level of Atzmon, a staunch defender of Jewish conspiracy theories who’s written the following:

Interestingly enough, the political morbid conditions in which we live was actually described by an unusual fictional text that was published in 1903 namely, The Protocols of the Elders of Zion.

The Protocols is widely considered a forgery. It is a manual for a prospective new member of the “Elders”, describing how they will run the world through control of the media and finance, replacing the traditional social order with one based on mass manipulation. Though the book is considered a hoax by most experts and regarded as a vile anti-Semitic text, it is impossible to ignore its prophetic qualities and its capacity to describe both the century unfolding and the political reality in which we live I am referring here to: AIPAC, the Credit Crunch, Lehman Brothers, Neocon wars, interventionist ideology, a British Foreign Secretary listed as an Israeli Propaganda (Hasbara) author trying to amend Britain’s ethical stand, a Zionist by admission put on an inquiry panel to investigate why Britain launched a Zionist war and so on.

As it happens staunch Zionists such as David Aaronovitch, Nick Cohen, and Alan Dershowitz use a very banal spin to divert the attention from the devastating prophetic reality depicted by The Protocols. A reality in which they themselves promote interventionist wars in our midst. Again and again they stress the fact that The Protocols was a forgery. They insist that we look at its anti-Semitic origin while evading its content and meaning. However whether or not The Protocols is a fictional text or a forgery doesn’t change the fact that it explores our disastrous contemporary reality. A reality in which we are killing en masse the enemies of Israel in the ‘name of democracy’, a reality in which Dershowitz himself puts enormous effort into cleansing academia of any critical voices of Israel, Zionism, and Jewish power in America and the West.

The Guardian’s biggest sin, in Atzmon’s eyes, it seems, was talking about the ideas laid out in The Protocols as if they were a bad thing!