Perhaps you too are beginning to wonder if and when the BBC’s Jon Donnison will ever get round to reading those guidelines on social media use put out by his employer.

“Those involved in editorial or production areas must take particular care to ensure that they do not undermine the integrity or impartiality of the BBC or its output on their blogs or microblogs. For example those involved in News and Current Affairs or factual programming should not advocate a particular position on high profile controversial subjects relevant to their areas.” [emphasis added]

As those responding to Donnison pointed out: 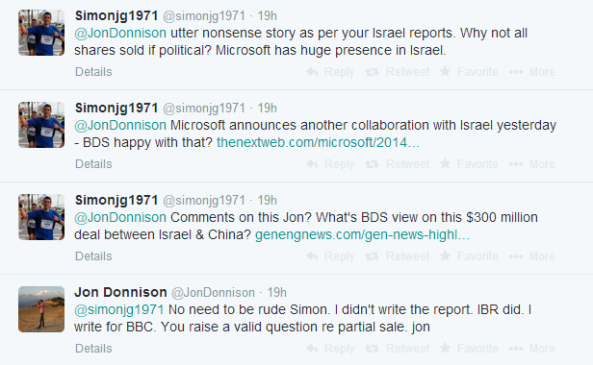 Readers no doubt recall that Donnison’s failure to check facts and sources before hitting the Tweet button is by no means confined to this case. Despite those past breaches of BBC editorial guidelines, Donnison apparently once again failed to check out the agenda of the journalist who wrote the story he promotes in this latest Tweet.

Had he done so, Donnison might perhaps have reached the rather obvious conclusion that the promotion of a story touting a non-existent BDS ‘victory’ written by someone who, in his not too distant university days was to be found promoting a Ben White article on Twitter and writing the lines below, is not the smartest move for a BBC journalist committed to standards of accuracy and impartiality.

“Once the Israeli forces finish murdering human rights activists aboard the Free Gaza flotilla, they can wash the blood from their hands in the international waters where this atrocity was committed.” […]

“The blockade on Gaza started in June 2007. This tight squeeze of the area prevents food, water, medical supplies, and even people from entering or leaving the Gaza strip.” 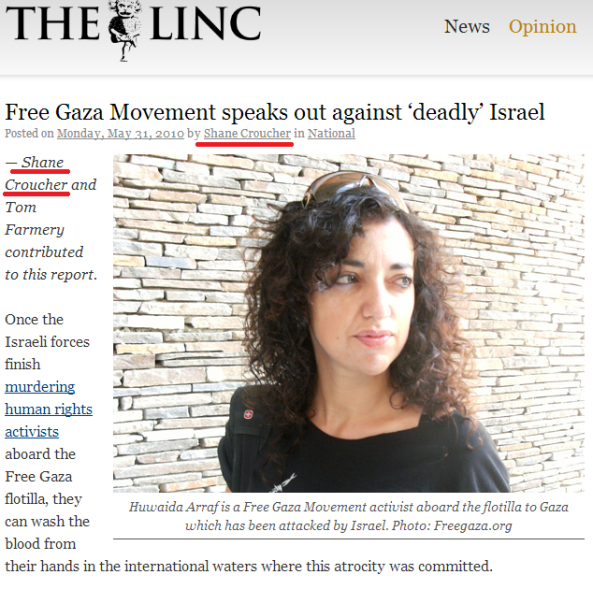