The Guardian has published, before this, praise for several North Korean films, including A Flower Girl. But North Korea is one of the world's most repressive and dangerous states, governed by a regime that might even make the Ayatollahs of Iran hesitate. So why no letters in The Guardian boycotting their films? Oh, I forgot, nobody ever calls for a boycott of North Korea or any really repressive state

Written by Denis MacEoin, and originally published at Gatestone Institute

Since 2012, film buffs in London and elsewhere have enjoyed visits to Seret, the London Israeli Film and Television Festival. The latest celebration of Israeli cinematic talent is taking place from June 11 to 21, with screenings planned for the capital and outside, in Manchester, Leeds and Liverpool. It is a big event, drawing Jewish and non-Jewish crowds, all joined by their love of good cinema and television. The films are always a mixed bag, designed to attract people of different political, religious, and artistic orientations. This year’s line-up encompasses:

“a range of fascinating subjects from the darkness of incest to the dangers of spying; the complexities surrounding disabled dating to the depths of mental illness; from racism to the romance of lost loves, and stories of trading places to poetry.

“Another stand out element of this year’s festival is its focus on films and documentaries written, directed and produced by women, and in line with the festival’s reputation for pushing boundaries, we have two films made by ultra-orthodox Jews from the Haredi community.”

Among the films featured in the 2015 program are Apples from the Desert, about a girl raised in a strict Haredi family, who moves into the secular world; Beneath the Helmet, a coming of age story about high school graduates drafted into the Israeli army (“Beneath the Helmet illustrates how these young men and women are defending not only their homes, but also the values of peace, equality, opportunity, democracy, religious tolerance and women’s rights;” Dancing Arabs, about a Palestinian boy who wins a place at an elite Israeli school, finds acceptance there, and becomes close to a Jewish classmate; or The Kindergarten Teacher, a much-praised film in which “a kindergarten teacher, a writer of poetry, discovers the extraordinary talent of a five-year old pupil who creates his own verbal poetry spontaneously. The teacher becomes obsessed with the need to nurture his talent for compositions which have ‘seen much beauty’ despite his tragic circumstances.”

You would think any normal person, let alone people involved in cinema and television, would be booking their tickets for this intriguing, humanistic program. But this is a celebration of Israeli film, so no one should be surprised if the humanely challenged haters of Israel should not step up in force to have the event shut down.

On Monday, June 8, a collective of forty British artists and filmmakers made just this demand in a letter sent to that bastion of love for Israel, the Guardian. The letter was signed by a ragamuffin bunch, ranging from directors, producers, and actors, to a composer, a teacher, a university lecturer, writers, a sculptor, an “artist,” a cinematographer and sundry others. Not quite a representative voice of the UK film industry — but the signatures did feature some very well-known names, including Mike Leigh, Ken Loach, Miriam Margolyes, Peter Kosminski, and John Pilger. None of those was surprising, of course, but their presence in this list, along with many others, provides blinding evidence that this is just another turn of the BDS screw. 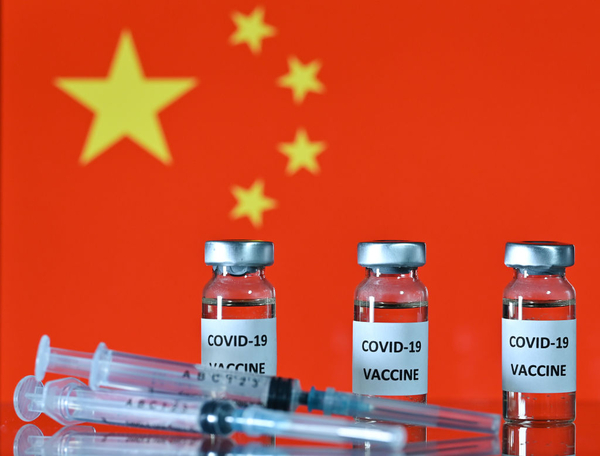 The signatories are, in fact, explicit in linking their demand with the Boycott, Divestment, and Sanctions (BDS) movement. Here is most of their letter:

We, the below listed artists, producers, and concerned citizens, are disappointed and saddened to see that Curzon, Odeon, Bafta and other cinemas are hosting the London Israeli Film and Television Festival.

This comes at a time when the global boycott, divestment, and sanctions (BDS) movement against Israel is gaining unprecedented momentum, and the Israeli government is finding itself increasingly isolated for its systematic violation of Palestinian human rights, the Geneva conventions, and international law. The Israeli state is promoting this festival and supporting it financially. By hosting it, these cinemas are ignoring the 2004 call by Palestinian civil society for sanctions against Israel until Israel abides by international law and ends its illegal displacement of Palestinians, discrimination against them, and occupation of their land.

This festival comes in the aftermath of the wanton destruction and killing in the Gaza Strip by the Israeli military in 2014, and the re-election of an Israeli prime minister who denies Palestinians their equal rights and self-determination.

This is not a request to refuse to show films by individual film-makers, but to reject the involvement and financial support of the Israeli state. We call on these cinemas to stand with the oppressed Palestinian people and to take no part in presenting the festival.

Is it really worth listing each of the many factual errors and expressions of outright bigotry in the above? There is no mention of the war crimes committed by Hamas in the last Gaza war, no reference to the Amnesty International and Human Rights Watch reports detailing those crimes; detailing Hamas torture and killing of Palestinians, and refuting Hamas’s claim that their attacks on Israel were not war crimes. I had always thought that human rights activists leaned heavily on Amnesty International and Human Rights Watch for information and support, but clearly, any wish to be accurately informed does not apply when it might get in the way of their strident condemnation of Israel.

The phrase “wanton destruction and killing in the Gaza Strip by the Israeli military in 2014” also stands in complete contradiction to the facts — facts showing that Israel has done more than any army in history to minimize civilian casualties and that it was entirely within the bounds of international law in its attacks on military installations placed in civilian areas.

Allegations such as, “these cinemas are ignoring the 2004 call by Palestinian civil society for sanctions against Israel until Israel abides by international law and ends its illegal displacement of Palestinians, discrimination against them, and occupation of their land,” are purest poppycock. Israel has abided by international law since the day of its inception. Ever since Israel gave political autonomy to Palestinians in the West Bank, and pulled out of Gaza completely in 2005, in what sense has it displaced Palestinians? Why is Israeli discrimination considered a reason for boycott, when discrimination of a similar level in the UK, Europe and North America is simply a matter for public debate and good legislation? And why is the extraordinarily low-level of discrimination in Israel grounds for banning a film festival, when genuinely hideous discrimination in countries such as Iran, Saudi Arabia, Sudan, Afghanistan, and elsewhere is not even worth a mention?

Iran has a wonderful record in making films of international merit. The works of directors such as Darius Mehrjui, Mohsen Makhmalbaf, Abbas Kiarostami, or Ja’far Panahi are acclaimed at international film festivals from Cannes to Venice to London. Many of these films contain terrific performances by female actors like Leila Hatami, star of that remarkable film A Separation, or actor-director Pegah Ahangarani.

But Iran has one of the worst human rights records in the world today. It executes almost as many people as China, it represses women, it persecutes its religious minorities, it jails dissidents, and it declares a longing to wipe Israel off the map. Leila Hatami was threatened with flogging after she kissed the president of the Cannes film festival on the cheek, in an everyday French custom. Ahangarani was arrested and imprisoned twice for taking part in pro-democracy protests in 2009 — protests that were brutally crushed by the regime.

The signatories to the letter about the Israeli film festival have never, to my knowledge, called for the banning of any Iranian film, based, not on individual merit, but on the human rights abuses of the country in which they were made or the nationality of their directors, producers, and actors.

The Guardian has published, before this, praise for several North Korean films, including A Flower Girl. But North Korea is one of the world’s most repressive and dangerous states, governed by a regime that might even make the Ayatollahs of Iran hesitate. So why no letters in the Guardian boycotting their films? Oh, I forgot, nobody ever calls for a boycott of North Korea or any really repressive state.

The activists never march against Saudi Arabia, which has just confirmed the sentence of a blogger, Raif Badawi, to a flogging of 1000 lashes, “very harshly” as the flogging order read, as a punishment for writing thoughts such as, “My commitment is… to reject any oppression in the name of religion… a goal we will reach in a peaceful and law-abiding way.” They never march against Qatar, Iran, North Korea, Russia, China or Sudan. They only protest about the actions of one of the freest liberal democracies in the world, and the only country in the Middle East that gives human rights to all its citizens.

Each of those forty signatories should feel ashamed. To uphold human rights by supporting a murderous terrorist state, while condemning a democracy forced to defend itself against outside forces bent on its destruction — do any of these writers know what free speech and human rights are about, what democracy means, or what international law consists of? One suspects not.

Meanwhile, Seret will go on. Genuine lovers of cinema and television will watch the films and go away satisfied, hoping to see more like them.

Denis MacEoin, a self-confessed film buff, is a Distinguished Senior Fellow at the Gatestone Institute.