The Guardian published an AFP story on Aug. 10th with the following headline and accompanying photo: 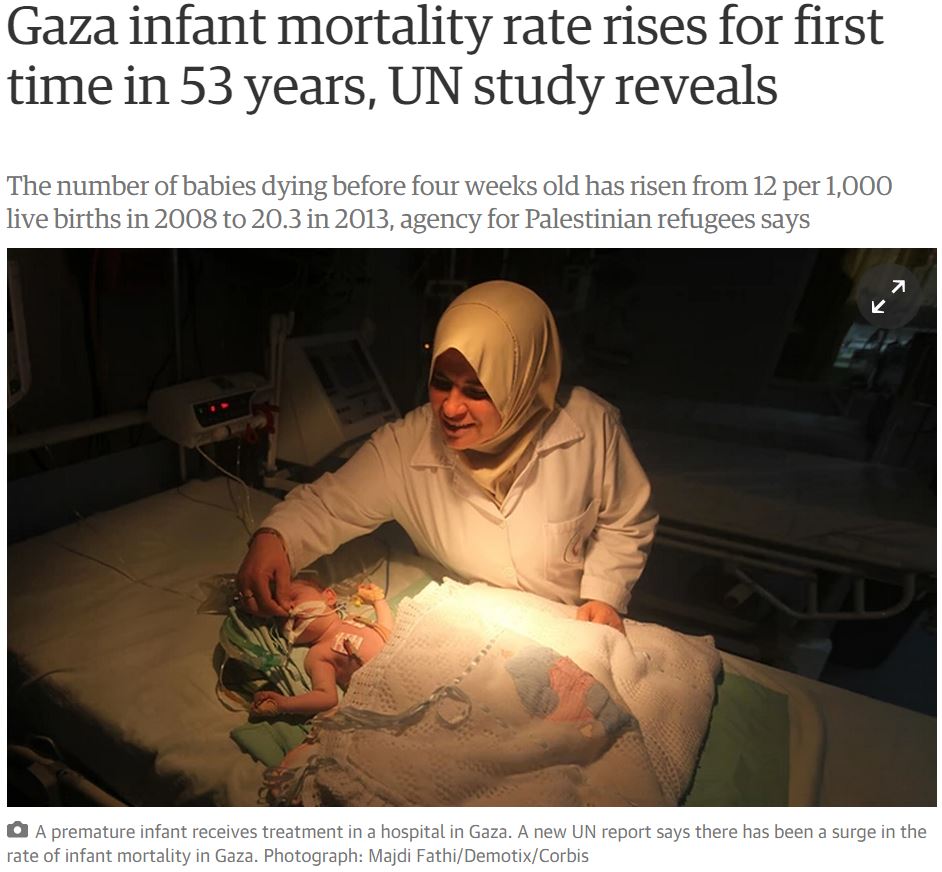 The article begins by laying out the central claim:

The infant mortality rate in Gaza has risen for the first time in more than half a century, a new study by the United Nations aid agency for Palestinian refugees says.

The report suggests that Israel’s blockade may be responsible for what the study claims are “rising” infant mortality rates in Gaza, despite the fact that the blockade does not include limits on medicine or medical equipment – even during wartime.

The statement quoted Akihiro Seita, director of the agency’s health programme, as saying that the sudden upswing was unprecedented in the Middle East.

He suggested that Israel’s blockade of the coastal strip, where close to 45% of the population is under the age of 14, could be a contributing factor.

However, the question of whether Guardian editors fact-checked the AFP report at all before deciding to publish is a valid one, given a subsequent analysis of the data by editors at the blog Israellycool which seriously undermines the story.

We urge you to read the two posts fisking the story, here and here.